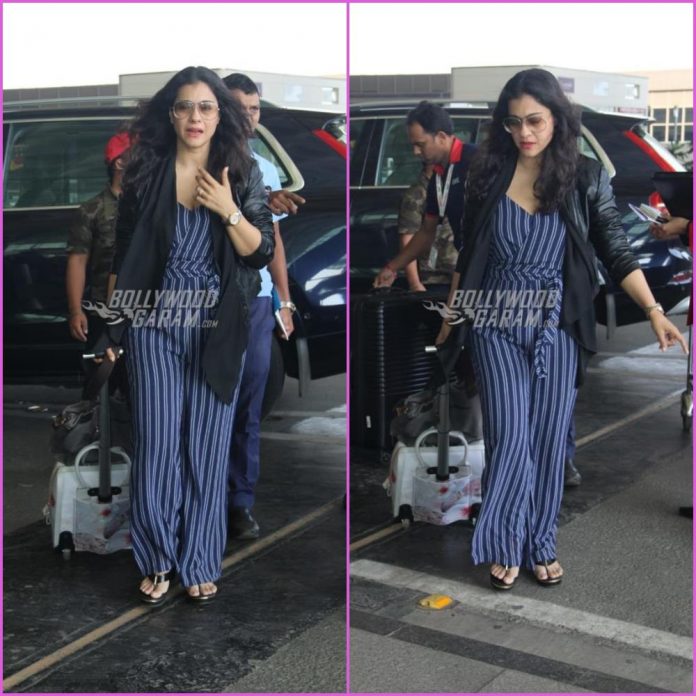 Kajol is one of the few actresses in Bollywood who had given up her career to take care of her children at home. Now that Kajol and Ajay Devgn’s children have grown up, the actress is back to work and makes sure that she remains in touch with films. The actress was snapped at the Mumbai airport on November 28, 2018.

Kajol, looked great in a striped blue jumpsuit with a black jacket with a stylish pair of sunglasses. The actress was all smiles as she made her way at the airport.