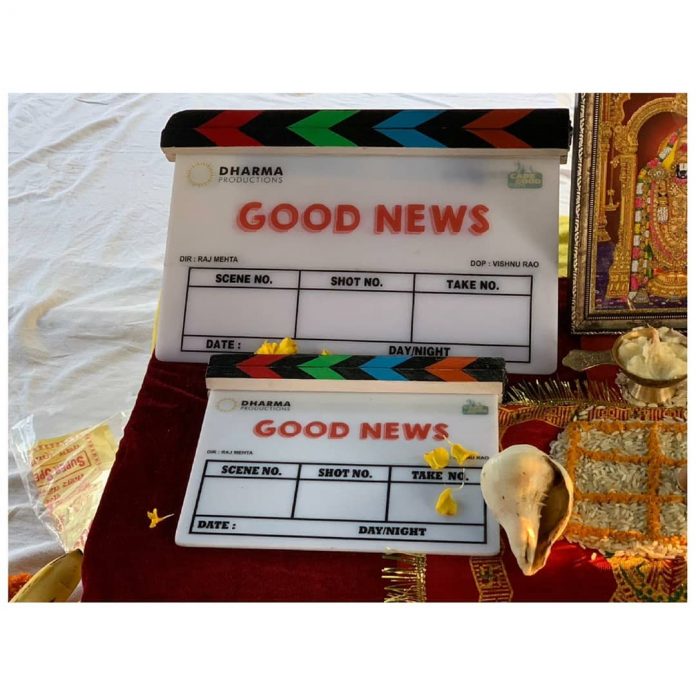 Kareena Kapoor and Akshay Kumar will soon be seen in the upcoming film Good News. The film has gone on floors on November 30, 2018 and also stars Diljit Dosanjh and Kiara Advani. Producer Karan Johar Tweeted a video which has Diljit and Kiara announcing the film. The actors in the video have also said that Kareena Kapoor and Akshay Kumar will soon begin shooting for the film but not today.

Karan Tweeted, “#GOODNEWS starts today with @diljitdosanjh and @Advani_Kiara !! @akshaykumar and #KareennaKapoorKhan will join soon! Fun times begin under the baton of debut director @raj_a_mehta !!! @DharmaMovies @apoorvamehta18”. Diljit also posted the video and wrote, “Not just #GoodNews, this is the best news of the day Joining you guys on set real soon, till then sending my best wishes.”

The story of the film is about a couple who are trying to have a baby and everything else that they go through. Reports say that the story revolves around couples opting for IVF or surrogacy. Apart from Good News, Kareena will also be seen in the film Takht in 2019. Akshay Kumar will be seen in the upcoming films Kesari, Housefull 4 and Mission Mangal. Kareena and Akshay were earlier seen in the films Tashan, Gabbar Is Back and Kambakht Ishq.