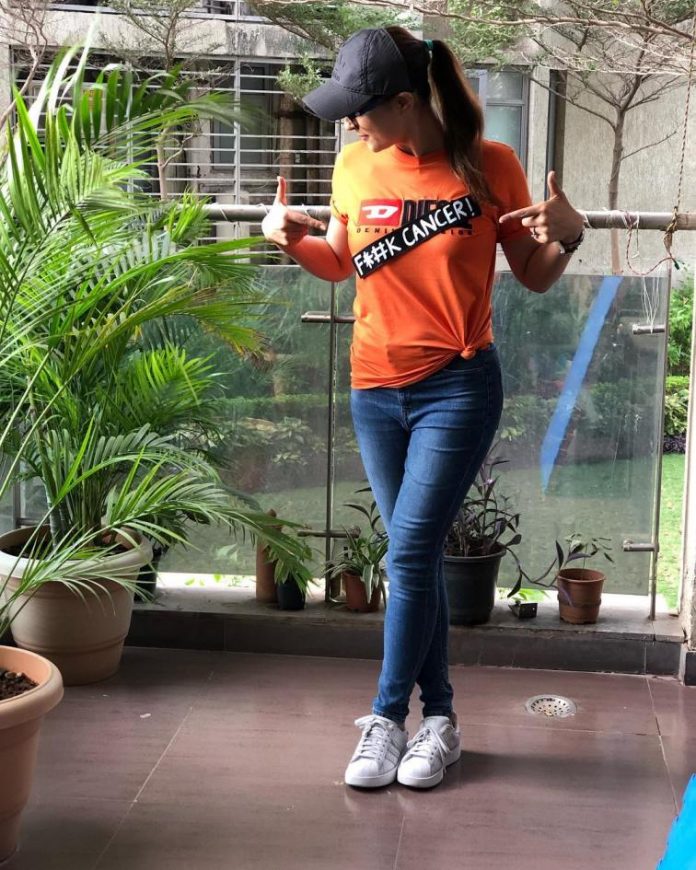 A few months back Aayushmann Khurrana’s wife Tahira Kashyap was diagnosed with stage 0 cancer and had underwent a mastectomy. But the cancer returned and Tahira revealed on her Instagram page that she has stage 1 breast cancer.

Tahira in her post wrote, “That’s what you do when it shows up,show it the way out! I believe if an obstacle comes your way it is for you to beat the sh*t out of it & become a better version of yourself, which is a bit worn out but experienced, tattered but more wise, handicapped but better equipped!” The theatre director in her post further revealed that she will be going through 12 sessions of chemotherapy out of which 6 are done.

Tahira added that she has immense gratitude for the people around her who have taken it in the right spirit and did not give up on her. The director also made a special mention about her best friend, her husband and Aayushmann’s parent who have stood by her throughout.

Tahira Kashyap and Ayushmann are parents to two children Virajveer and Varushka. Ayushmann in an earlier interview had talked about wife, how he was happy to have Tahira in her life. On the work front, Ayushmann was last seen in the film Badhaai Ho which also starred Neena Gupta and Sanya Malhotra.