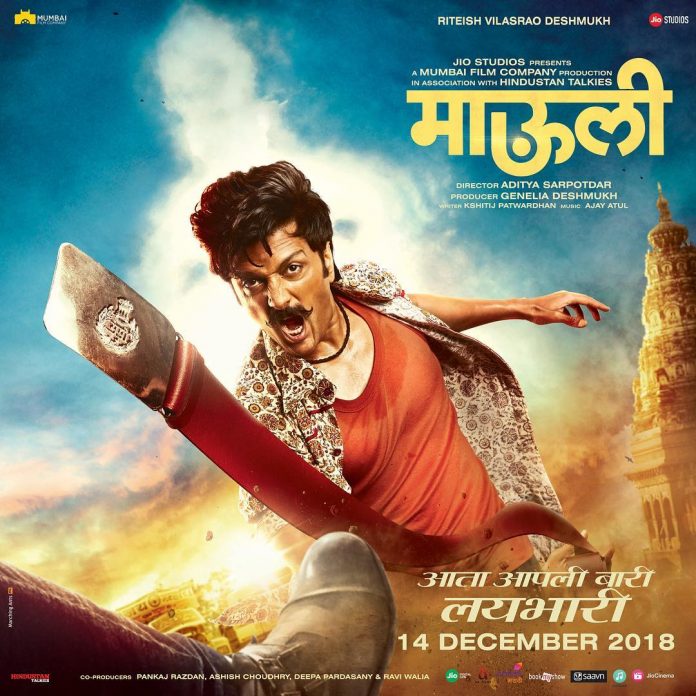 Bollywood actor Riteish Deshmukh is all set to be seen in his second Marathi flick Mauli. The makers of the film released the official trailer on November 29, 2018.

As soon as the trailer was out, several celebrities from Bollywood reacted and appreciated the efforts. Shah Rukh Khan described the trailer as ‘awesome’ and wished Riteish the best for the project. The Baazigar star wrote, “All the best for this ambitious project my friend.”

The upcoming film is directed by Aditya Sarpotdar and produced by Genelia D’Souza. Mauli also stars Saiyami Kher, Jitendra Joshi, Girija Oak and Siddharth Jadhav. The release date of the film was earlier fixed as December 21, 2018 but was later changed to December 14, 2018 to avoid a clash with the Shah Rukh Khan starrer Zero.

Riteish was last seen in the film Welcome To New York and is currently also looking forward for the films Total Dhamaal and Mar Jaavan. The film Total Dhamaal has a huge star cast including Madhuri Dixit, Ajay Devgn, Anil Kapoor, Arshad Warsi, Javed Jaffrey, Sanjay Mishra, Esha Gupta, Sudesh Lehri and others and will be released in theatres on February 22, 2018. The film is helmed and produced by Indra Kumar and is a part of the Dhamaal franchise.