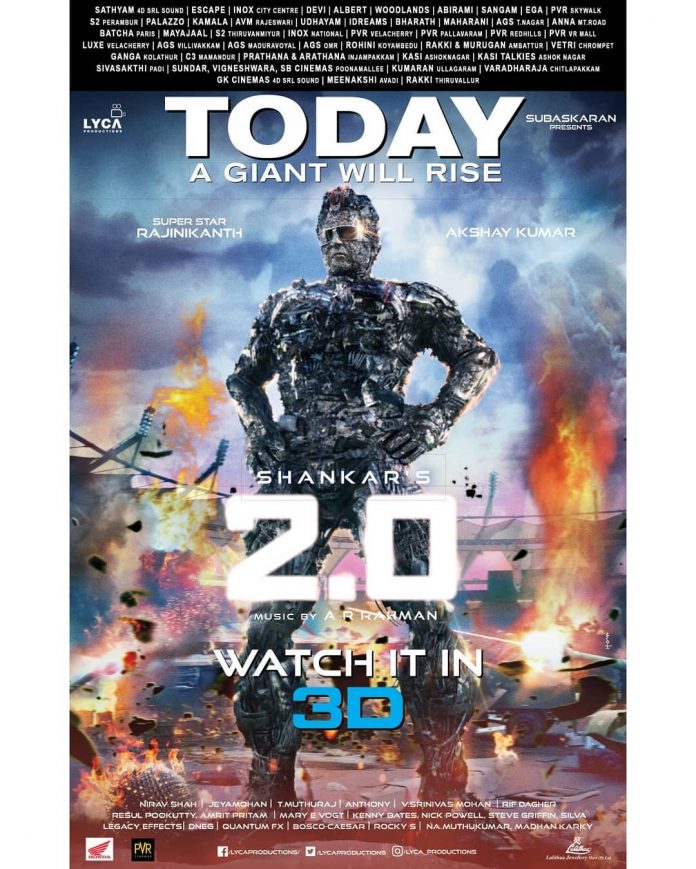 The Madras High Court had directed 37 internet service providers to block more than 12,000 websites which are known for exhibiting the pirated versions of Tamil movies, as a measure to protect the Rajinikanth and Akshay Kumar starrer 2.0. However, despite taking measures, the 2D version of 2.0 was leaked online within just hours of its release on November 29, 2018.

TamilRockers is a website which is known for piracy and was the one that leaked the entire film in HD. After the reports of the online leak of the film, sound designer Resul Pookutty took his Twitter account and requested the fans of Rajinikanth to get back at the people who are responsible. Pookutty Tweeted, “Despite court order if these people have the guts to do this @rajinifans @rajini_fanclub you need to teach them a lesson.”

2.0 has been produced with a massive budget of Rs.600 crores and has been released in more than five languages across 7,000 screens in the world. The film is expected to shatter all the box office records with its performance. For now the film has received mixed reviews so far. 2.0 is the sequel to the 2010 blockbuster flick Robot (Enthiran) which starred Rajinikanth and Aishwarya Rai Bachchan in lead roles.

Fans of Rajinikanth had a grand celebration on the day of the release outside the theatres.