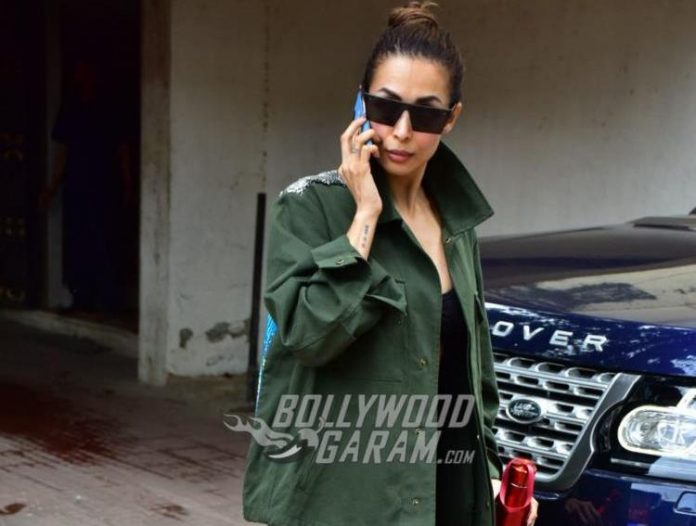 Former couple Malaika Arora and Arbaaz Khan had decided to get separated after 17 years of marriage. Their separation had shocked the entire film industry. The couple got divorced in May 2017 and since then have remained cordial. Malaika had so far not removed the name Khan from her name till now. But now it seems like the Chaiyya Chaiyya girl has moved on and has dropped Khan from her name on Instagram.

In the past one year a lot has happened. Arbaaz Khan has moved on with girlfriend Giorgia Andriani while Malaika is also rumoured to be dating actor Arjun Kapoor. While Arbaaz has made several public appearances with girlfriend Giorgia, Malaika Arora too has in recent times started opening about her relationship. The two are often seen on dinner dates together and also socialize a lot.

Arjun in a recent chat show confessed that he is not single anymore. Moreover, Malaika in a recent post made heads turn with a new selfie in which she was seen wearing a necklace which had a pendant with the initials, AM on it. Soon the social media started speculating if A was for Arjun and M was for Malaika. But the 45 year old was quick to clarify that the initials on her pendant was MA which stood for Malaika Arora.