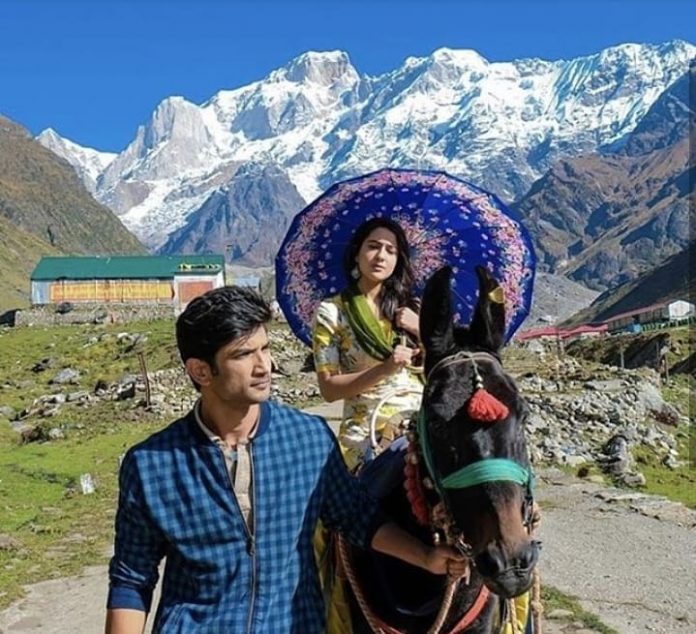 Sushant Singh Rajput and Sara Ali Khan starrer film Kedarnath has been released in theatres on December 7, 2018. However, the film has been banned in seven of the Uttarakhand districts by two district magistrates. No official ban has been imposed by the state government. The district magistrates, of Nainital and Udhan Singh Nagar said that the ban has been imposed on the film as they fear of disruption of law and order.

The decision was taken saying that the protestors might disrupt the peace if the film was screened in theatres. The High Court of Uttarakhand refused to interfere in the matter and rejected the PIL seeking a ban on the film. On the other hand the statement government held a meeting that was chaired by the Chief Minister Trivendra Singh Rawat late in the evening after submitting a report by the committee.

The decision has been left to the district magistrates whether or not to allow the screening of the movie depending on the situation in their respective jurisdiction. The film is set against the backdrop of the Uttarakhand floods in 2013. The story is a love story about a Muslim porter and a Hindu girl on a pilgrimage at Kedarnath. The film has marked the debut of Saif Ali Khan and Amrita Singh’s daughter Sara Ali Khan and also stars Sushant Singh Rajput. The film is helmed by Abhishek Kapoor and has been released after hitting many hurdles.

People who are seeking a ban on the film have accused it of hurting Hindu sentiments and has alleged that it promoted love jihad. Sara Ali Khan plays the role of a wealthy Hindu girl Mukku who takes a pilgrimage to the historic place Kedarnath at the Uttarakhand Mountains. She falls in love with a Muslim Boy Mansoor played by Sushant Singh Rajput, who becomes her guide. The two youngsters come closer and they face many obstacles.