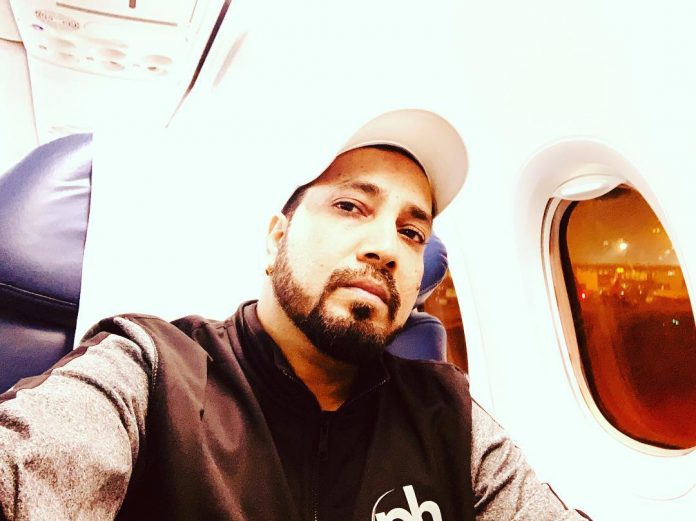 Mika Singh is a popular Bollywood singer known for some of his tracks including Mauja Hi Mauja, Dhinka Chika and Dhanno. Apart from his singing skills, the singer is also known for the controversies. The singer has been alleged of harassing a 17 year old girl in Dubai. The 17 year old victim has alleged that Mika has harassed her by sending some indecent photographs.

Reports say that the singer has been detailed by the Dubai Police after they received a complaint from a foreign national while he was in the UAE for a concert. The complaint has been lodged in the Muraqqabaat police station by the girl herself. The singer was arrested at 3 am from a bar located in Bur Dubai and was then taken to the Abu Dhabi jail.

The popular daily ANI Tweeted, “Member of Singer Mika Singh’s team: Singer Mika Singh has been detained in United Arab Emirates (UAE) after a girl complained against him for alleged harassment. Questioning underway.” Mika has been the favourite child of controversy and has been under the scrutiny of law many times.

One of the infamous incidents was with controversy queen Rakhi Sawant on his birthday party in 2006. Mika had allegedly kissed Rakhi during the party after which Rakhi filed a molestation case against the singer at a court in Mumbai. In another incident, singer Mika Singh was named as a suspect in a hit-and-run case in the year 2014. Singh was in trouble for after he had knocked down an auto rickshaw which caused injuries to the passenger. During the investigation, Mika in a statement claimed that he was not driving the vehicle. In another incident the singer had hit the headlines again when he had left for slapping the a doctor during a live concert in Delhi. The incident had left everyone shocked and an FIR was filed against the singer.