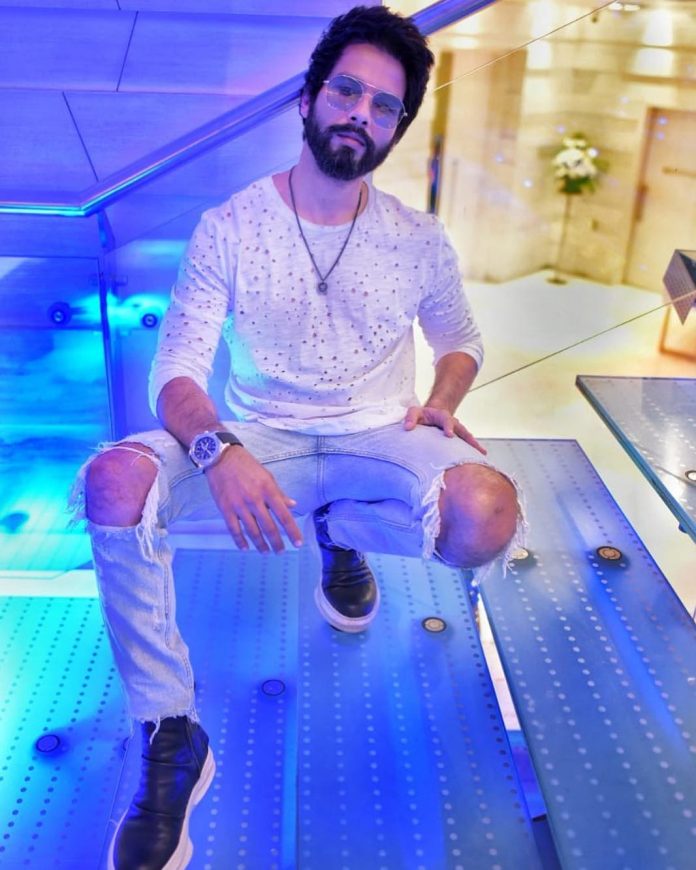 Shahid Kapoor is one of the most loved actors in Bollywood. Some of the recent rumours had claimed that the actor has been diagnosed with stage one stomach cancer. However, the Jab We Met star clarified and rubbished the reports saying that he is fine and requested not to believe in random reports.

Shahid took his Twitter account and wrote, “Guys I’m totally fine pl don’t believe random stuff.” Earlier a family member of Shahid had rubbished the rumours and said, “How can people write just anything? This news is based on what? Spreading rumors like these is not acceptable”.

Now that Shahid is doing fine and has no health issues, the fans of the star can now rejoice and look forward for his upcoming films. Shahid is happy married to wife Mira Rajput and the couple is blessed with a daughter Misha Kapoor and son Zain Kapoor. Son Zain was born on September 5, 2018. The actor keeps treating his fans with pictures of his wife and children at different occasions.

On the work front Shahid was last seen in the film Batti Gul Meter Chalu which also starred Shraddha Kapoor and Yami Gautam. The actor is currently gearing up for the upcoming film Kabir Singh which is the remake of the Telugu film Arjun Reddy. Kabir Singh is directed by Sandeep Vanga, who had directed the original blockbuster flick Arjun Reddy. The film is expected to be released in theatres on June 21, 2019. Actress Tara Sutaria was earlier roped in to play the female lead in Kabir Singh but later, she dropped out of the film and Kiara Advani was brought in. Kiara had expressed her happiness on being a part of the film and wrote on Twitter, “#WaitForIt This is NOT a still from the Arjun Reddy remake but our film shoot begins today! wishing the team an amazinggg start!!! All the best @shahidkapoor @imvangasandeep @ashwinvarde @TSeries @MuradKhetani and team #ArjunReddy can’t wait to join you’ll super soon”. Shahid Kapoor had a good beginning in 2018 with the film Padmaavat and his recent release Batti Gul Meter Chalu had an average box office collection.