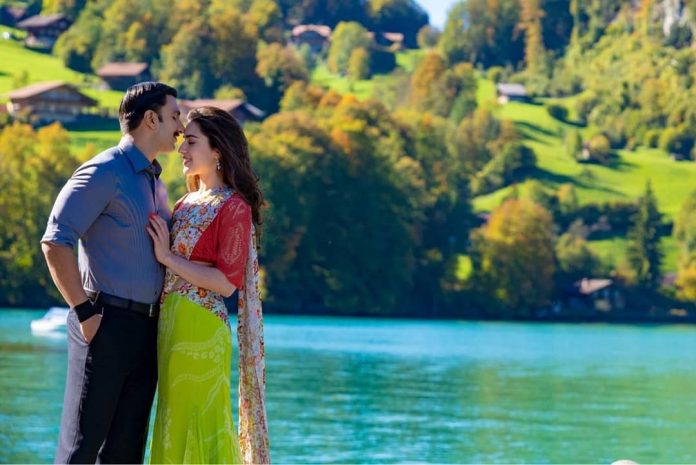 The makers of Simmba released the song Aankh Marey which is a foot-tapping song and managed to impress the audience. Another song Tere Bin has been released for Simmba and is again a remake of the song that was originally sung by Nusrat Fateh Ali Khan. The recreated version of the song is a ballad and has been sung by Rahat Fateh Ali Khan, Tanishk Bagchi and Asees Kaur.

Apart from the vocals, Tanishk has also worked on the music of the track and Rashmi Virag has penned the lyrics. The song features the lead actors Ranveer Singh and Sara Ali Khan and has captured some of the romantic moments between the two.

The video of the song has been picturized in some of the picturesque locations which has enhanced the amazing chemistry between the two. The upcoming film is directed by Rohit Shetty and is ready to be released in theatres on December 28, 2018.