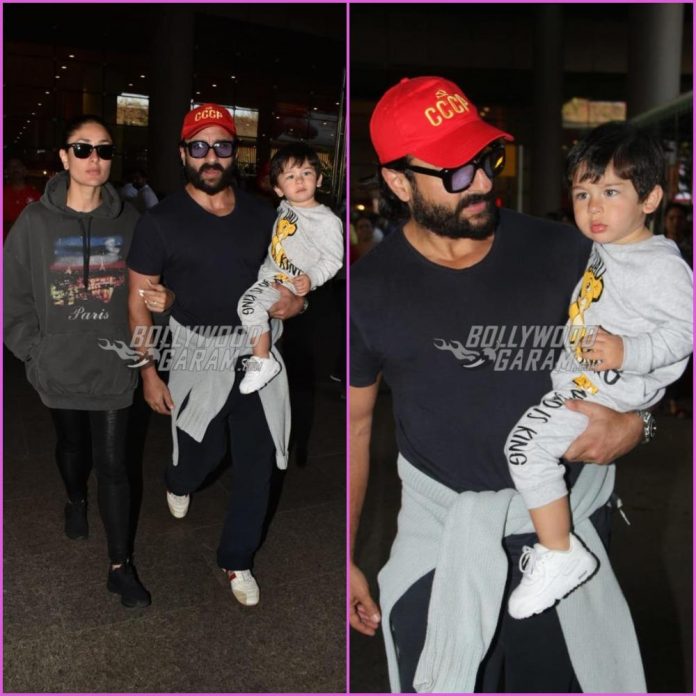 Kareena Kapoor and Saif Ali Khan had a cozy celebration of their son Taimur Ali Khan while on a holiday in South Africa on December 20, 2018. The family has now returned to Mumbai and was snapped at the airport on December 23, 2018. Taimur celebrated his second birthday on December 20, 2018. He is one of the few Bollywood star kids, whose pictures soon become viral on the internet.

Kareena, Saif and Taimur had last week left for South Africa and going by the pictures posted on the social media, the family had a fun time together. There were pictures of Taimur cutting his birthday cake with his parents from the holiday.

Saif at the airport was seen holding Taimur and looked dapper in casuals while Kareena Kapoor looked stylish in a hooded pullover and black tights. Little Taimur too looked adorable in a grey casuals. On the work front, Kareena will soon be seen in the upcoming film Good News which also stars Akshay Kumar, Diljit Dosanjh and Kiara Advani.