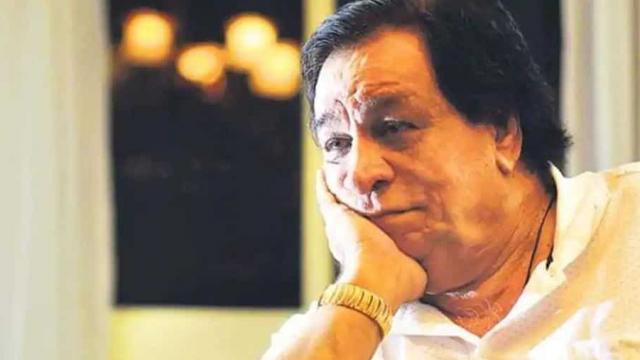 Veteran Bollywood star Kader Khan, who was known for some of his iconic roles in the films like Hum, Haseena Maan Jayegi passed away at the age of 81, on December 31, 2018. The actor breathed his last at a hospital in Canada. Kader Khan had complained of breathlessness and was also suffering from pneumonia. The last rites of the actor will be conducted in Canada.

The news of Khan’s death was confirmed by his son Sarfaraz who said, “My dad has left us. He passed away on December 31 at 6 pm as per Canadian time due to prolonged illness. He slipped into a coma in the afternoon. He was in the hospital for 16-17 weeks. The last rites will be performed here in Canada only. We have our entire family here and we live here so we are doing it. We are thankful to everyone for their blessings and prayers.” Reports say that the actor was suffering from progressive supranuclear Palsy.

His son had earlier informed that Kader Khan had undergone a knee surgery and after which he found it difficult to walk. The actor was staying with his son and daughter-in-law in Canada for the last few years. Khan made his acting debut in 1973 with the film Daag starring Rajesh Khanna.

He has appeared in more than 300 films in Bollywood.