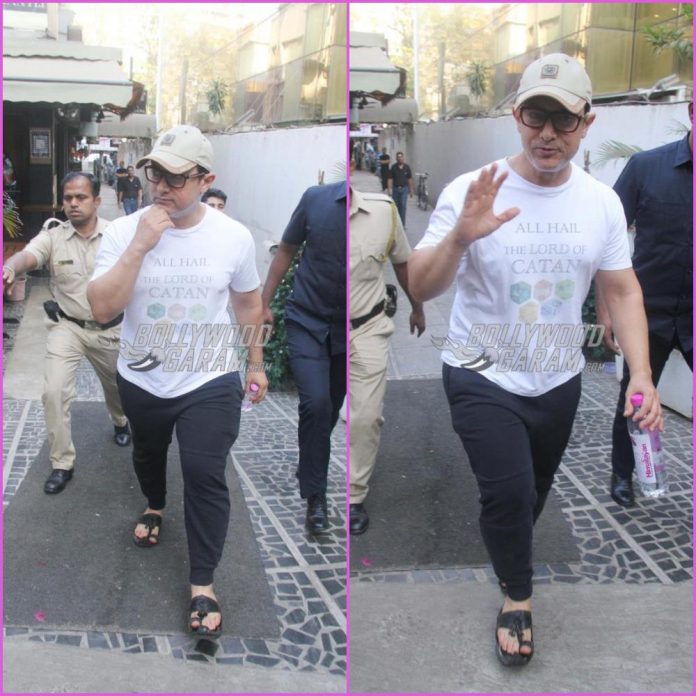 Bollywood star Aamir Khan, is known for making some of the finest movies for the audience. Known as the perfectionist, Aamir surely knows to bring a good balance between work and leisure. The Taare Zameen Par star was snapped outside a popular spa in Mumbai on January, 1, 2019.

Aamir looked fresh and rejuvenated after a pampering session and sported a casual look as he was clicked by the paparazzi. The Dangal star in a white t-shirt and black track pants was all smiles and poses for the cameras.

Aamir was last seen in the film Thugs of Hindostan, which was touted as one of the much awaited films of 2018, but miserably failed at the box office despite all the hype created. However, the actor was candid enough to confess that he was responsible for the failure of the film.

Thugs of Hindostan also starred Amitabh Bachchan, Katrina Kaif and Fatima Sana Sheikh and was an action packed flick which was quite expensive too. Aamir recent announced that he and his wife Kiran Rao have produced a short film with the title Rubaru Roshni which will be aired on Star Plus on January 26, 2019. The actor Tweeted, “Hey guys, our next film from AKP is premiering on @StarPlus, on 26th Jan at 11am. It’s something that Kiran and I have produced, and which we are very close to. #RubaruRoshni. Directed by @content_rules Don’t miss it. Love. a.”

His film Secret Superstar was released in 2017 and also did an excellent business at the box office.