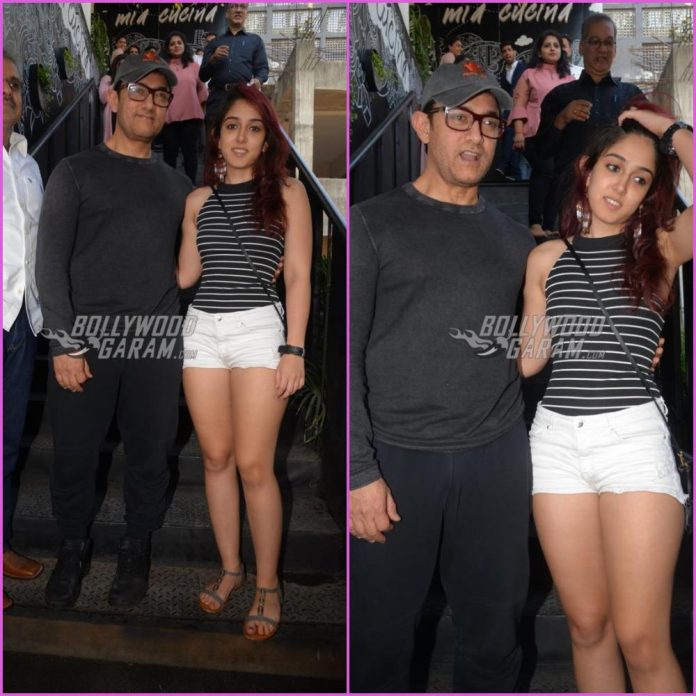 Aamir Khan is not just a great actor, but is also a great family man. Despite having a busy schedule, the actor makes sure that he spends ample time with his children. The Taare Zameen Par actor was snapped attending a restaurant launch event in Mumbai with daughter Ira on January 6, 2019.

Aamir looked great in a grey pullover and a black track pants with black boots. The actor was accompanied by daughter Ira, who looked pretty in a striped black top and white denim shorts. The restaurant launch event also saw the presence of other members from the film fraternity.

Aamir Khan is currently married to Kiran Rao, but the actor continues to share a great rapport with his former wife Reena and his children Junaid and Ira. Reports say that Ira prefers to be away from the limelight, but this time, the star kid was candid enough to pose and smile with father Aamir for the paparazzi.

Aamir was recently seen in the film Thugs of Hindostan which also starred Fatima Sana Sheikh, Amitabh Bachchan, Katrna Kaif and others. The film failed to impress the audience and critics and could not do business as expected. Aamir in an interview had confessed that he failed to make a proper judgement and added that the film failed because of him. The film was touted to be the most expensive and the most awaited films of 2018, but miserably failed on the script part. Aamir was earlier seen in the film Secret Superstar which impressed the audience and critics and did a great business at the box office as well.