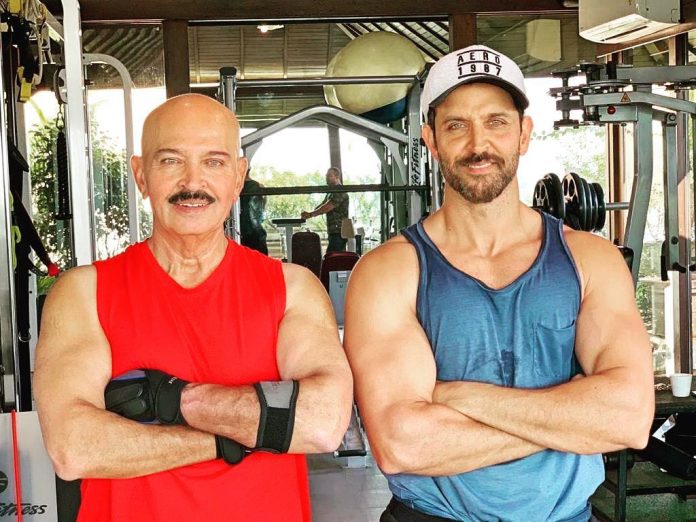 Bollywood actor Hrithik Roshan is not just a great actor but is also a great family man. The actor is also known for sharing a great relationship with his father Rakesh Roshan, with whom he has worked on many movies. The Bang Bang star took his social media account andrevealed that his father Rakesh Roshan hs been diagnosed with early stage of squamous cell carcinoma of the throat a few weeks back.

The kind of cancer is characterized by uncontrolled growth of abnormal cells in the lining of the throat. Hrithik also shared a picture of him with his father and wrote. “Asked my dad for a picture this morning. Knew he wouldn’t miss gym on surgery day. He is probably the strongest man I know. Got diagnosed with early stage squamous cell carcinoma of the throat a few weeks ago, but he is in full spirits today as he proceeds to battle it.” The Bollywood star added, “As a family we are fortunate and blessed to have a leader like him. Love you Dad”.

The comments section on the social network was soon flooded with get-well-soon wishes from his fans and well-wishers. On the work front Rakesh Roshan was ready to begin work on the fourth installment of the popular franchise Krrish. There are reports that the actor would play the role of a superhero as well as the villain in the flick.

Rakesh Roshan in a recent interview had promised that Krrish 4 would have world-class action sequences and VFX and would be roping in an international action director. The filmmaker had also expressed that he wishes to up the scale of action and VFX. If reports are true, then Priyanka Chopra and Katrina Kaif are the top contenders to play the leading lady in the film. Krrish 4 is expected to be released in theatres by Christmas 2020.