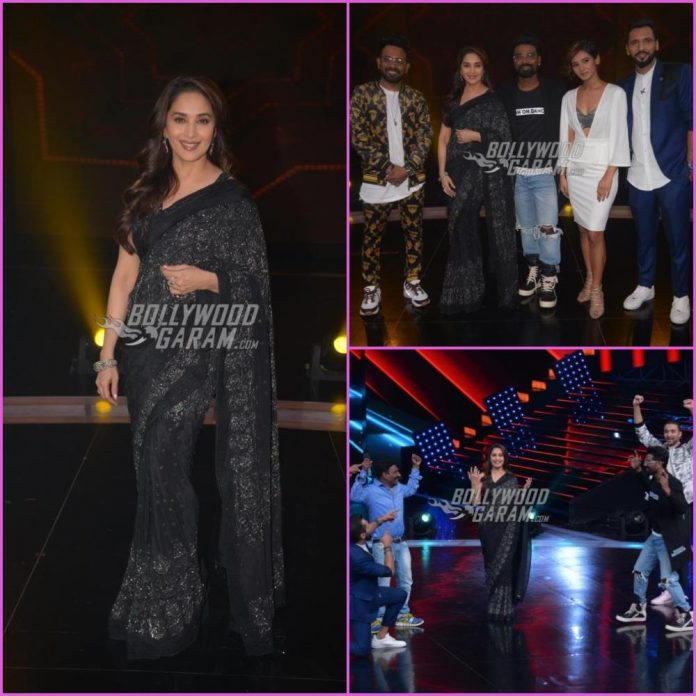 Bollywood’s dancing beauty Madhuri Dixit graced the dance reality show Dance Plus 4 in Mumbai on January 8, 2019. The show is judged by Remo D’Souza, Shakti Mohan, Dharmesh Yelande and Punit Pathak. Madhuri shot for an episode with the entire team and looked gorgeous in a black sari.

The actress not just enjoyed the show but also showed off a few of her cool and graceful movies on the stage. Madhuri not just danced but also posed for several pictures with the judges and the contestants of the show.

The actress recently made her debut in the Marathi film industry with the flick Bucket List. The film was a story about a heart donor. Madhuri will soon be seen in the upcoming film Kalank which is a multi-starrer flick starring Aditya Roy Kapur, Alia Bhatt, Varun Dhawan, Sonakshi Sinha and Sanjay Dutt in important roles.