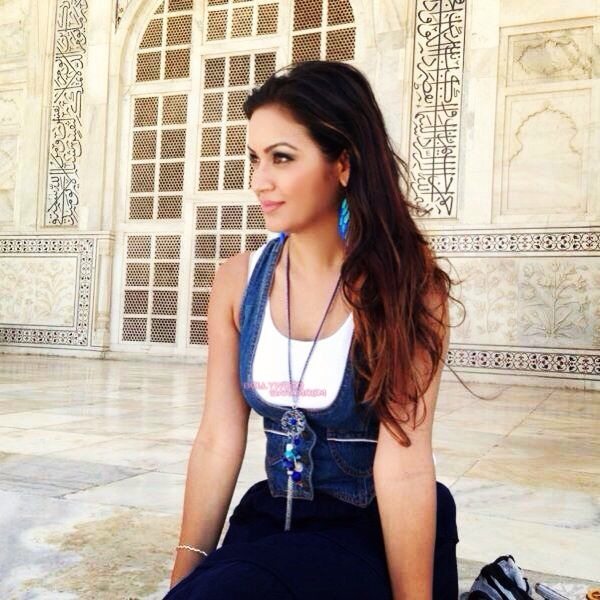 BollywoodGaram.com: Iranian-Swedish actress Maryam Zakaria – who recently appeared in the Bollywood movie ‘Grand Masti’ – has all the reasons to be in a celebratory mood. Zakaria celebrated her 29th birthday on September 27, 2013 with her mother, who came all the way from Sweden for her latest movie and stayed long enough to celebrate Maryam’s birthday.

The mother-daughter duo celebrated Zakaria’s special day at the popular monument Taj Mahal in Agra. Close friends of the actress said that Maryam has been very busy recently shooting and now that she has several songs to her credit, she took some time off and went to Agra to celebrate her birthday in style.

For a long time, the ‘Agent Vinod’ actress wanted to see one of the 7 Wonders of the World, so her birthday was the best occasion for it.