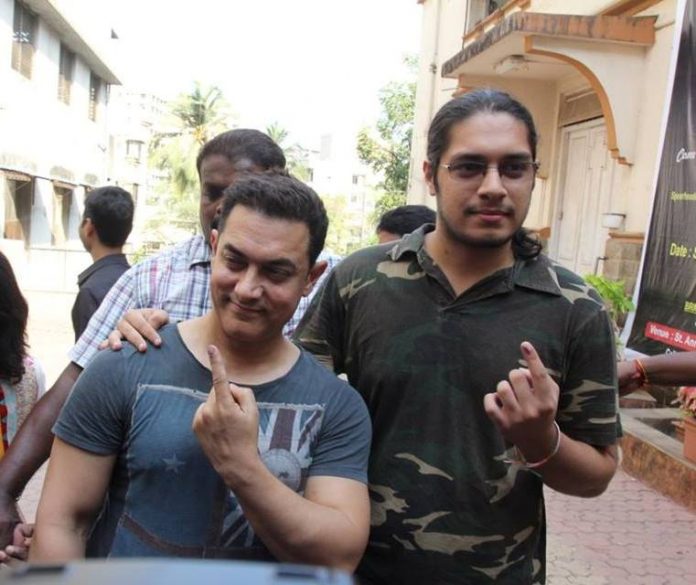 Like many Bollywood star kids, Aamir Khan’s son Junaid Khan will also be launched by his father soon. Other star kids from this generation including Janhvi Kapoor and Sara Ali Khan have also created waves after they made their acting debuts in films Dhadak and Simmba respectively. However, before Aamir Khan launches his son, he has placed one condition.

Khan has said that his son Junaid will have to pass the screen test. The Mr. Perfectionist of Bollywood has insisted that Junaid will have to prove his worthiness for the role before signing it. Aamir added, “I believe in screen test and if he won’t pass it, I don’t think he’ll become an actor”. In an era when many actors are being accused of nepotism, Aamir seems to differ and would like his son earn his role in Bollywood.

Talking about Junaid, he is a trained actor and has been working as a theatre artist since three years now. Aamir added, “We’re searching the right script for Junaid because I’ve seen his work. So when we will get the right kind of story, we will”.

Aamir Khan was last seen in the film Thugs of Hindostan which could not do well at the box office and also starred Fatima Sana Sheikh, Amitabh Bachchan and Katrina Kaif.