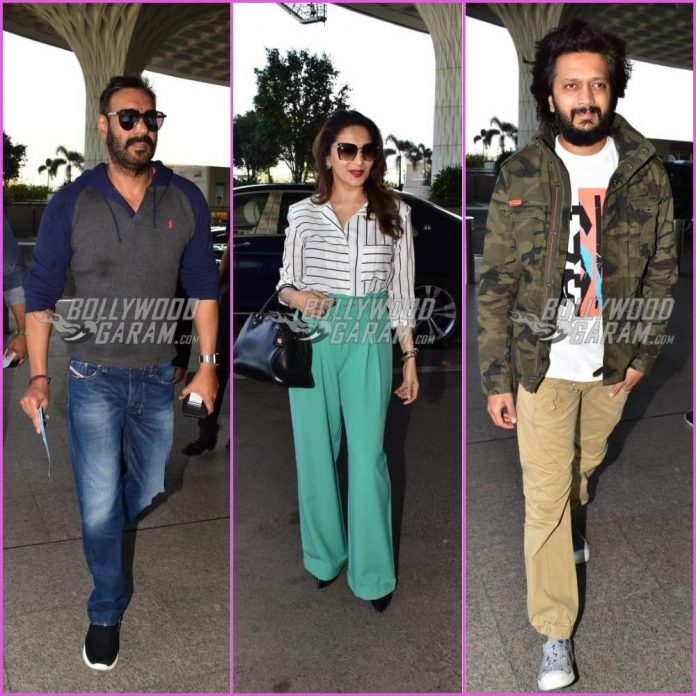 The audience is waiting for the much awaited comedy of the year, Total Dhamaal by Indra Kumar. The film is ready to be released in theatres on February 22, 2019 and the star cast has already got down for the promotions. Lead actors Madhuri Dixit, Anil Kapoor, Riteish Deshmukh and Ajay Devgn were snapped at the Mumbai airport on February 18, 2019. The actors were snapped leaving for Delhi for a promotional leg f their upcoming film.

Madhuri, Riteish, Anil and Ajay Devgn along with producer Indra Kumar were recently seen on one of the episodes of The Kapil Sharma Show where they promoted the film with the host Kapil Sharma and also had a great time interacting with other characters of the film. The actors were seen at their stylish best as they arrived at the airport and were all smiles and poses for the paparazzi.

The upcoming comedy is a laugh riot and is a part of the Dhamaal franchise by Indra Kumar. The film also stars Javed Jaffrey, Esha Gupta, Boman Irani, Sanjay Mishra, and SUdesh Lehri.