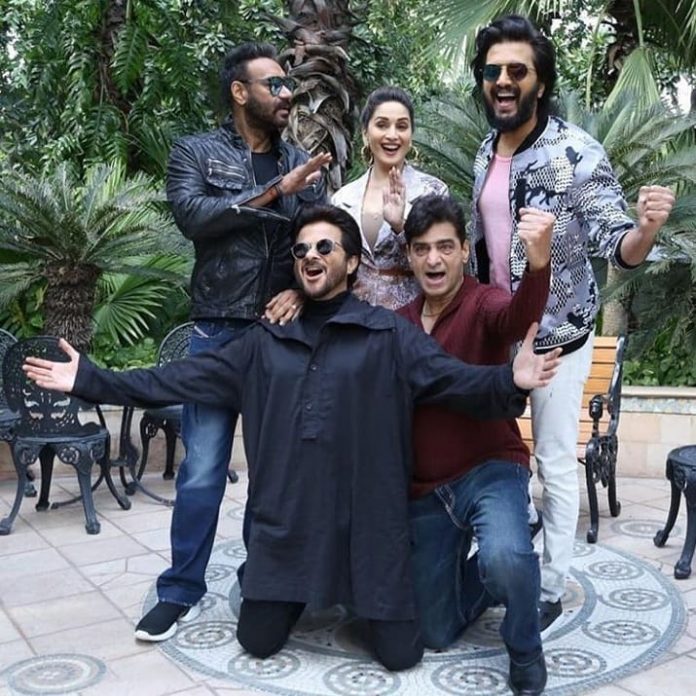 The terrorist attack at Pulwama has shaken the entire nation and has in the light of the incident the makers of Total Dhamaal have taken an important decision. The makers have criticized the terrorist attack and have decided that the film will not be released in Pakistan. The entire country is enraged after militants from the Jaish-e-Mohammed attacked the CRPF jawans. The incident claimed lives of more than 40 CRPF soldiers.

In the wake of the incident the FWICE has banned all the working projects with Pakistani artists in the light of the situation with the neighboring country. The news was announced by Ajay Devgn, who is also one of the producers of the film and wrote, “In light of the current situation the team of Total Dhamaal has decided to not release the film in Pakistan.”

It was earlier reported that the entire team of Total Dhamaal decided to donate Rs. 50 lakhs to the families of the martyred CRPF soldiers who lost their lives in the tragic Pulwama attack on February 14, 2019. A suicide bomber named Adil Dar from the Jaish-e-Mohammed had attacked the bus carrying the CRPF personnel.

The film Total Dhamaal is the third installment from the Dhamaal series and is directed by Indra Kumar. Total Dhamaal will be released in theatres on February 22, 2019.