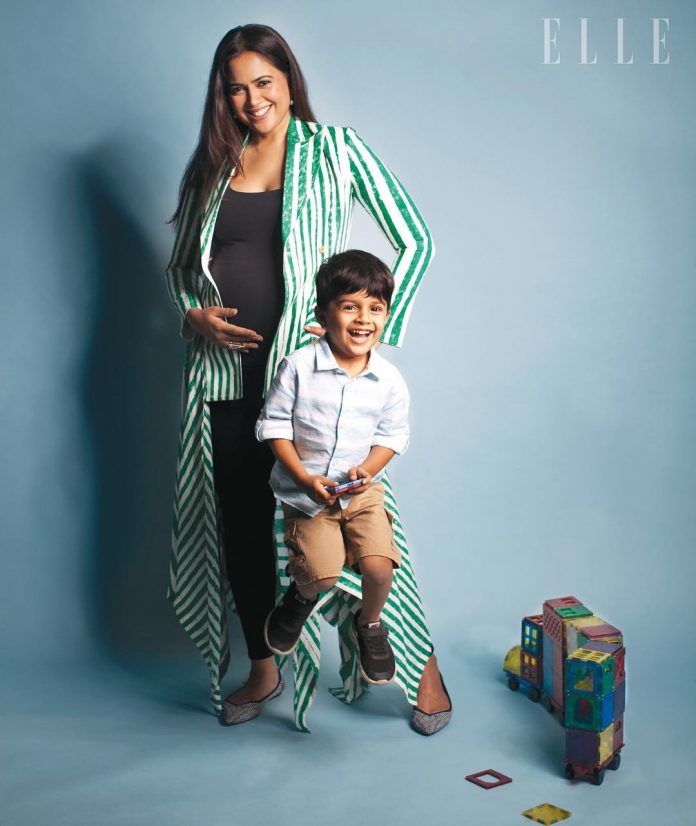 Bollywood actress Sameera Reddy has been away from the silver screens for a while. The actress got married to businessman Akshai Varde in January 2014 in a traditional Maharashtrian wedding and gave birth to a son in 2015. Sameera is now expecting her second child with her husband.

The 38 year old actress shared the news herself on her Instagram page and announced while showing off a picture in which she can be seen holding her baby bump. Sameera wrote, “Kind heart, fierce mind, brave spirit!”. The actress in an earlier interview had said that she decided to stay away from the industry as she wanted to spend time fully with her family.

Sameera Reddy had made her debut in Bollywood with the film Maine Dil Tujhko Diya and has also appeared in many South Indian films. The actress made her Malayalam debut in the film Oru Naal Varum that starred Mohanlal and Sreenivasan in the lead roles. The film Varanam Aayiram is Sameera’s first Tamil film.

Sameera is the first Indian actress to have her own video game known as Sameera the Street Fighter. The game has been downloaded millions of times by fans and is available to the cell phone users throughout India. She had first appeared in the music video Aur Aahista by ghazal singer Pankaj Udhas.