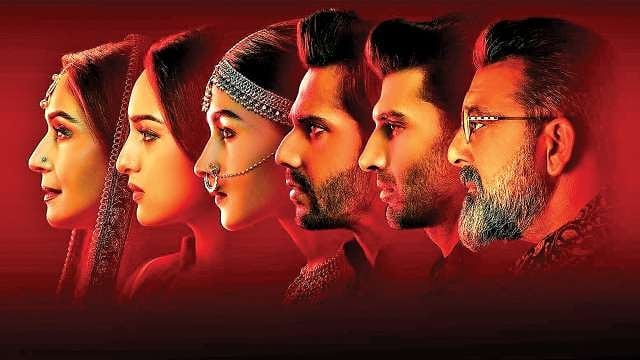 The much awaited teaser of the film Kalank has been released by the makers on March 12, 2019. An impressive multi-starrer cast has been brought by director Abhishek Varman and producer Karan Johar. The cast includes Alia Bhatt, Varun Dhawan, Madhuri Dixit, Sanjay Dutt, Sonakshi Sinha and Aditya Roy Kapur.

The story has been set at the backdrop of the 40s era in India and the teaser has hinted a love triangle between the characters of Alia, Aditya and Varun. Kalank is expected to be Karan Johar’s most expensive film and is also expected to be one of his most unusual love stories.

Karan had earlier shared about the film on social media and wrote, “A film that was born in my heart and mind 15 years ago….a film I passionately believe in…the last film my father worked on before he left us….it was his dream to see this film come through….I couldn’t fulfil his dream then….my spirit was broken….but today his wish has found a relationship with celluloid….the story of turbulent relationships and eternal love has found a voice….the film has been woven,nurtured and visualised by ABHISHEK VARMAN….and the film Is KALANK!”. The film is expected to be released in theatres on April 17, 2019.