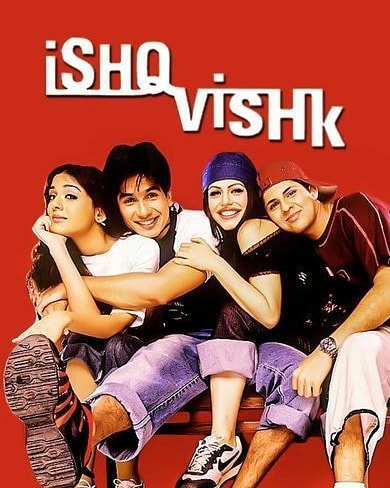 Shahid Kapoor made his debut in Bollywood with the film Ishq Vishk which also starred Amrita Rao and Shenaz Treasury as female leads. The film was based on college romance and had become an instant hit among the youngsters. After 16 years of the film’s release, the makers of the film are now planning to make a sequel of Ishq Vishk. The news was confirmed by producer Ramesh Taurani.

The producer while talking to a leading daily said, “Yes, we are making a sequel to Ishq Vishk. The story is in the scripting stage and could be about a teenage romance or a college romance. Hopefully, in the next two-three months, we will lock the script and start looking for the director and cast.” Taurani was also asked on how the film was finalized in 2003 to which he said that he met director Ken Ghosh, who had suggested two to three different concepts for the film but that had required established actors and did not impress him.

The producer then added, “Then, he came up with an idea to be headlined by newcomers, which we really liked and greenlit the project. We worked really hard on the film, the entire process from the first pitch to the wrap took us a year.” Ramesh also talked about launching Shahid and said that he was very young then and he had asked him to wait for two to three years before he could launch him.

The producer than added that when Ken had narrated the final story of Ishq Vishk he said that he had a hero who fits the part and introduced him to Shahid. The audience cannot wait to see the cast of the sequel. It would be exciting to see the new age actors in the sequel of Ishq Vishk with new age songs off-course new age romance.