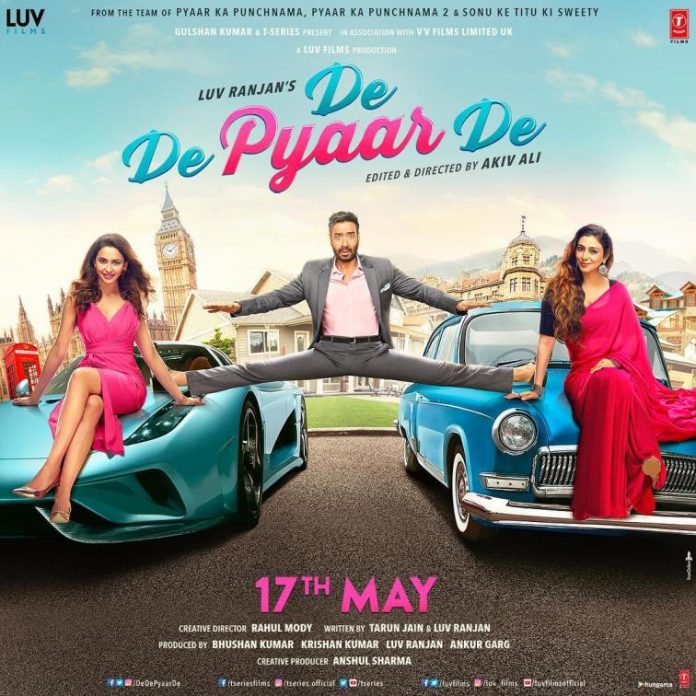 Official trailer of the comedy flick De De Pyaar De is out and has once again brought the popular on-screen couple Ajay Devgn and Tabu together. The film has surely given an idea that it a perfect combination of comedy and romance. Ajay was last seen in the laugh riot Total Dhamaal released in February 2019 and now the actor is once again ready to entertain the audience with another comedy flick.

De De Pyaar De is the second release for Ajay in 2019 and also stars Rakul Preet Singh, Tabu and Jimmy Shergill. Ajay has shared the trailer of the upcoming flick which was launched in Mumbai at an event, which saw the presence of the lead actors of the film.

The film is helmed by Akiv Ali and produced by Bhushan Kumar, Krishan Kumar, Luv Ranjan and Ankur Garg. The audience is excited to see the Drishyam duo Ajay and Tabu in a film together after 4 years. The film will also see Ajay’s iconic split stunt that he had first performed in his 1991 film Phool Aur Kaante.

Ajay also performed the same stunt in the Golmaal series. De De Pyaar De is all set to be released in theatres on May 17, 2019. The film is surely going to be an entertainer for the audience.