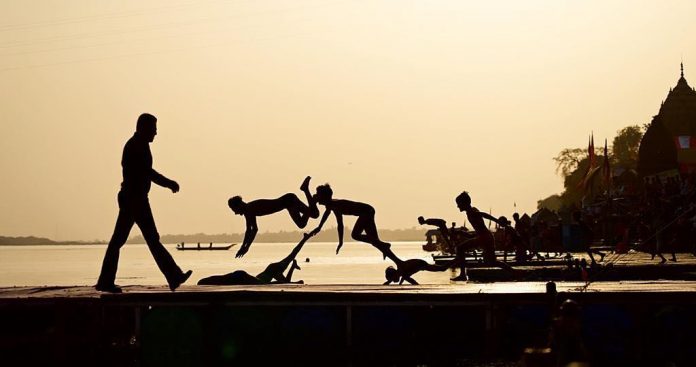 Salman Khan and Arbaaz Khan started off the shooting of the film Dabangg 3 at Maheshwar in Madhya Pradesh. The film will see the return of Chulbul Pandey on the big screen, who is also known as Robinhood Pandey. In recent times, many of the fan videos of Salman Khan and his crew have gone viral on the internet. Salman shared a still from Dabangg 3 and this time it was Chulbul Pandey on the banks of river Narmada.

The shoot in MP is expected to go on for the next 13 days and it started off with a song. The new still has shown Salman Khan walking at the banks of the river that is engulfed with a beautiful sunset. SAlman wrote, “Shooting for #dabangg3 on the beautiful ghats of Narmada.” When Salman and Arbaaz had got on a plane to reach Maheshwar, they had released a video that informed the fans that they are starting the shoot of Dabangg .

The new still has increased the curiosity of the audience and is making it hard for the Salman fans to wait. Dabangg 3 is helmed by Prabhu Deva and also stars Sonakshi Sinha, as Chulbul’s wife and Arbaaz Khan as Makkhi.

The film is expected to be released early in 2020.