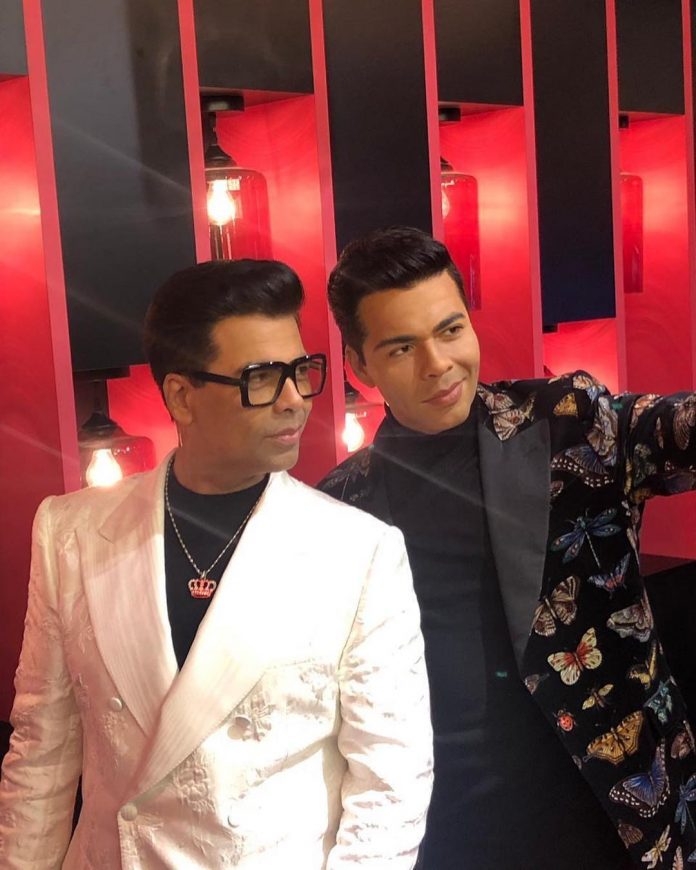 Bollywood producer and filmmaker Karan Johar is one of the prominent personalities in the industry. He has given Bollywood some of the memorable films and songs which have left a permanent mark in the eyes of the audience. Karan has become India’s first filmmaker to have a wax figure at the popular Madame Tussauds in Singapore. The filmmaker along with his mother Hiroo Johar unveiled his wax statue and the mother and son duo looked elated as they clicked some happy pictures.

As everyone knows that Karan is obsessed with selfies, his wax statue totally justifies his selfie obsession as it is made like he is clicking a selfie. Karan and mother Hiroo looked elated as they posed with the wax figure. The film maker’s wax statue is seen wearing a black turtle neck t-shirt, black pants and a black blazer with butterflies.

Karan Johar while talking about his wax statue to a leading daily said that it is a very special gift for his twins Roohi and Yash and his mother Hiroo Johar. The filmmaker said that he used to visit Madame Tussauds with his father Yash Johar as an 8 year old boy and also remembered how he felt at that time. Karan added, “I feel like a childhood dream has been realised today as my statue will be a part of this prestigious museum. I am absolutely excited and honoured.”

Karan is the owner of the popular production house Dharma Productions.

WAXED!!! At @mtssingapore #madametussauds !! What fun with my mom @hiroojohar and my family!!!!! @anushkaskhanna @priyankaskhanna #masi #payal and my surprise from friends who are too shy to be named!!!??❤️❤️❤️