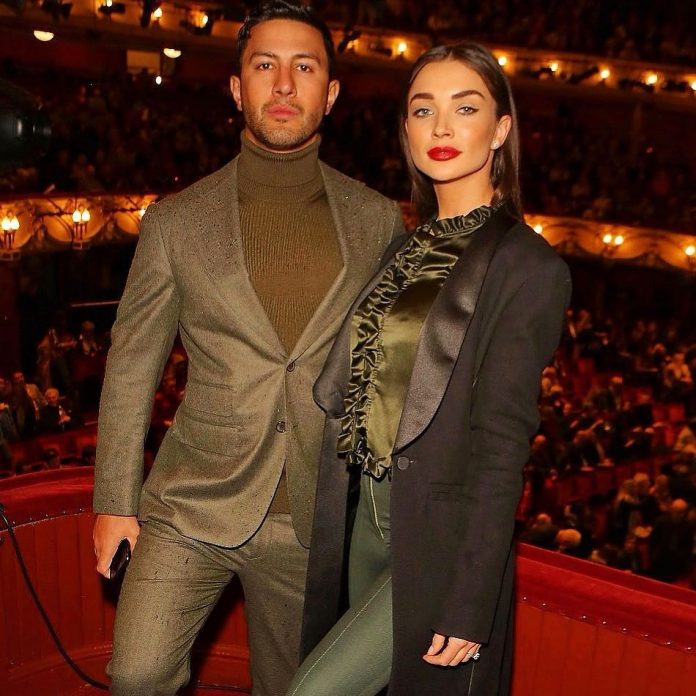 British actress and model, Amy Jackson, who has appeared in a number of Bollywood films, recently surprised her fans when she announced about her pregnancy with her partner George Panayiotou. The actress appeared on a popular magazine with her partner George, who is a hotelier by profession. Another important announcement has come from the actress as she is all set to get engaged.

A grand ceremony is planned at the couple’s house in London on May 5, 2019. The actress has invited her friends from Mumbai for the ceremony. The engagement bash has hinted that the couple also has plans to get married soon.

Reports say that the actress wishes to have a serene Greek wedding. The engagement bash is expected to be a grand one. According to an entertainment portal, the engagement invite says, ‘We would love to invite you to our home to celebrate our engagement and to kickstart Summer 2019. Dress code: Classy Chic. Timing: 4 pm till late.’

Amy was proposed by boyfriend George in Zambia on New Year’s Day. George is the son of millionaire British Property developer Andreas Panayiotou, who owns a chain of hotels. The couple has been dating since 2015. Amy Jackson was earlier linked to actor Prateik Babbar, who was also her co-star in the film Ek Deewana Tha.