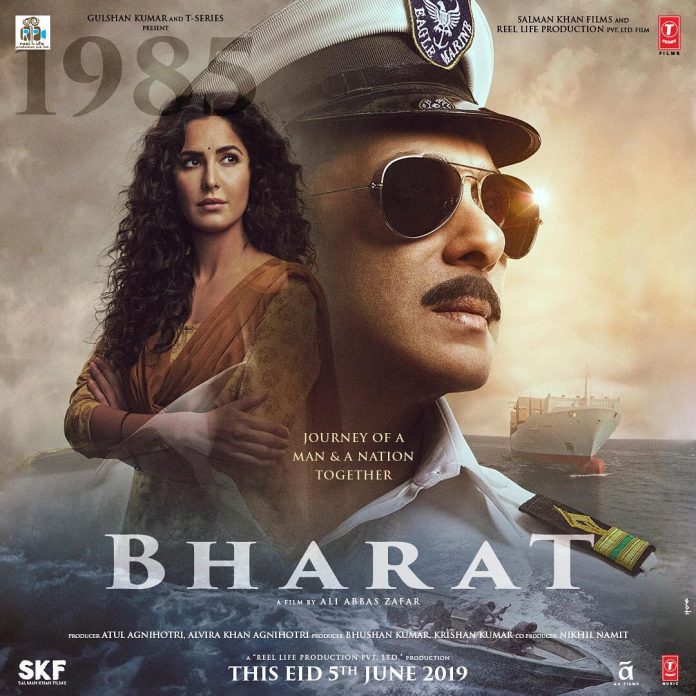 As promised, Salman Khan is surely showing off his different looks from his upcoming film Bharat. As a part of the promotions, Salman has released another poster of the film which has shown him in a white naval uniform and has teamed his look with classic naval glares. The new poster also features Katrina Kaif.

Salman Khan increased the curiosity of the audience with the earlier posters of Bharat and once again, the actor has shared a new poster to increase the curiosity. The Dabangg star captioned the poster, “Meri Mitti. Mera Desh!#BharatKoSalaam”. The film is helmed by Ali Abbas Zafar and will mark the third collaboration of Salman with the filmmaker.

Bharat also stars Tabu, Disha Patani, Sunil Grover, Norah Fatehi and Jackie Shroff. The official trailer of the film is expected to be out on April 24, 2019. The film has traced the history of India from the perspective of an ordinary man and has shown the journey of the protagonist Bharat from the age of 18 to 70.

The principal photography of the film began in June 2018 and is now all set to be released in theatres on June 5, 2019.Bharat is inspired from the South Korean film Ode To My Father released in 2014.