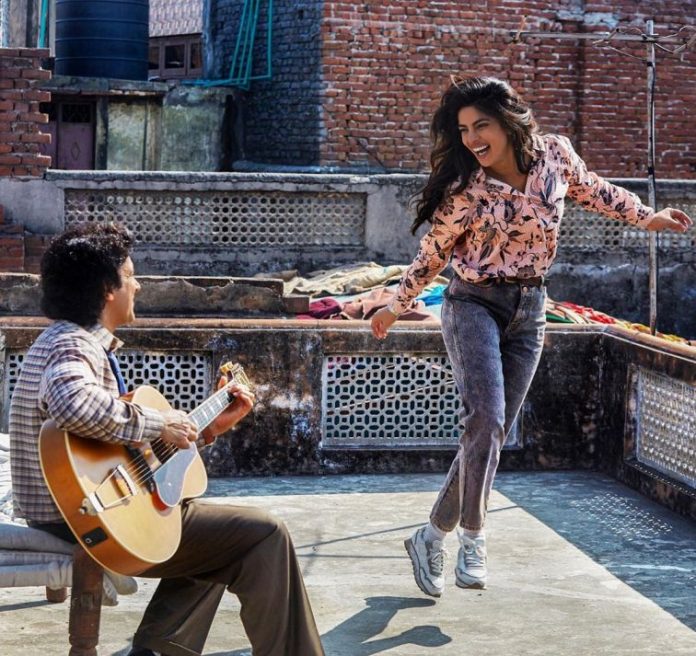 The much awaited first trailer of the upcoming film The Sky Is Pink is out. The film is directed by Shonali Bose and has Farhan Akhtar, Priyanka Chopra and Zaira Wasim in lead roles. The Sky is pink is all set to be screened at the Toronto International Film Festival on September 13, 2019. The film will also mark Priyanka’s return to Hindi films after three years.

The first part of the trailer has shown, Priyanka and Farhan a couple from the 80s, who fall in love and Priyanka accidentally gets pregnant. But things turn tragic in the second half, when their daughter played by Zaira is diagnosed with a terminal disease and the family struggles to keep themselves together during tough times.

The film The Sky Is Pink is based on the life of Aisha Chaudhary, who became a motivational speaker after being diagnosed with an immune deficiency order at the age of 13. Priyanka Chopra shared the trailer of the film’s trailer on social media “Presenting the trailer for #TheSkyIsPink- a film about love, made with so much of it! It’s a very proud milestone moment for me, because it’s my first as an actor & co-producer. Hope it gives you all the feels & inspires you to celebrate life!”

The makers recently unveiled the official poster of the film.