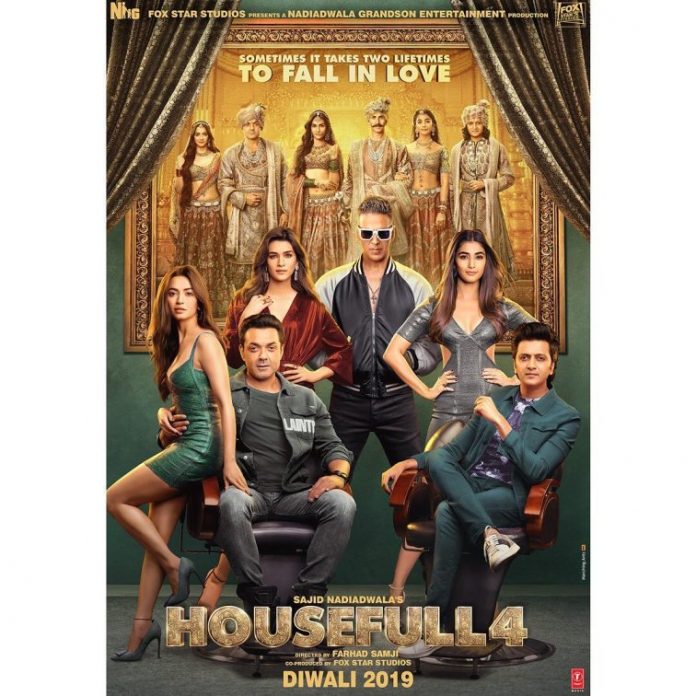 As promised, Akshay Kumar took the social media and released a new poster of the upcoming film Housefull 4. The makers had earlier released posters with individual characters of the film and now the new poster has shown all the characters in a single frame.

Housefull 4 is the fourth installment of the comedy franchise and is all set to be released during the Diwali season 2019. The makers will be releasing the official trailer of the film on September 27, 2019. The new poster has shown Akshay Kumar, Kriti Sanon, Riteish Deshmukh, Bobby Deol, Pooja Hegde and Kriti Kharbanda in their 2019 and 1419 avatars.

Housefull 4 is directed by Farhan Samji and produced by Sajid Nadiadwala and also features Rana Daggubati and Nawazuddin Siddiqui in a song. For a change, Akshay will be seen in a bald look, in the king’s character in 1419. The film has promised to take the audience on a laugh riot and will be releasing in theatres on October 26, 2019.