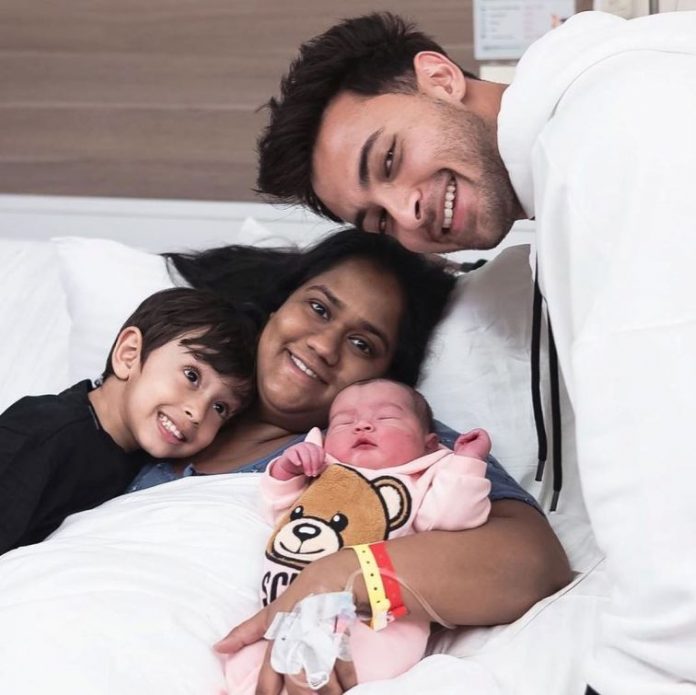 Salman Khan’s sister Arpita Khan and husband Aayush Sharma became parents again to a baby girl on December 27, 2019. The day also marked Salman’s birthday and became a double reason for celebration. Aayush shared some adorable pictures of the little one with wife Arpita and son Ahil. The couple has named their new bundle of joy as Ayat.

Aayush while talking to a leading daily had revealed that it was their intentional decision to welcome their second child on Salman’s birthday as the star had asked them for a gift. The Loveyatri actor also shared that it was a good omen to have their daughter on Salman’s birthday and also saved him from giving multiple parties as wife Arpita has a habit of throwing lavish parties.

The couple is already parents to three year old Ahil. Aayush also shared the reaction of son Ahil on the birth of Ayat. Ahil though that the baby would be of his size so he could play with her but he has now become a protective elder brother and that no one gets to meet Ayat without his permission.

Arpita and Aayush got married in 2014 in a lavish ceremony in Hyderabad. The wedding was conducted according to Hindu rituals. Arpita is the adopted daughter of Salim Khan and Helen.