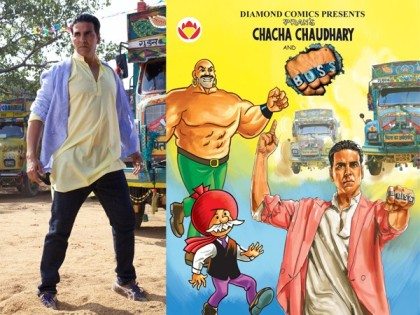 One of the trends in Bollywood is that stars of the upcoming movies make special appearances on the TV shows in order to promote their flicks. However, this time around things will be a bit different, as Akshay Kumar will be seen in a special edition of Chacha Chaudhary, the classic comic book series.

The makers of the movie felt that there is some similarity between the character of the upcoming movie ‘Boss’ and Chacha Chaudhary. The comic book character is known for helping people and solving their problems.

Akshay said that he has been a fan of Chacha Chaudhary and Sabu since childhood and that he is honored that his character will be featured next to them in a special comic book.