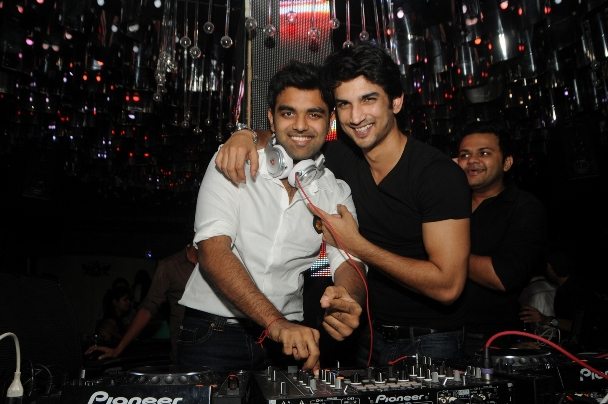 Bollywood actor Sushant Singh Rajput is rightfully enjoying the success which his latest movie, ‘Shuddh Desi Romance’ achieved after it hit the theaters on September 6, 2013. The TV-turned-film actor was recently spotted having fun with DJ Chetas, who is known for his work in ‘Yeh Jawaani hai Deewani’, ‘Dabangg’, ‘Cocktail’ and many more.

Singh was spotted enjoying his night out at the new hot spot in Mumbai and while there, he was behind the console with DJ Chetas.

Sushant shot to fame with the popular TV series ‘Pavitra Rishta’ and went on to do movies, starting off with ‘Kai Po Che’, which marked his debut in Bollywood. His latest hit, ‘Shuddh Desi Romance’ received mixed response from the box office, but the young star is looking forward to more releases in the future.