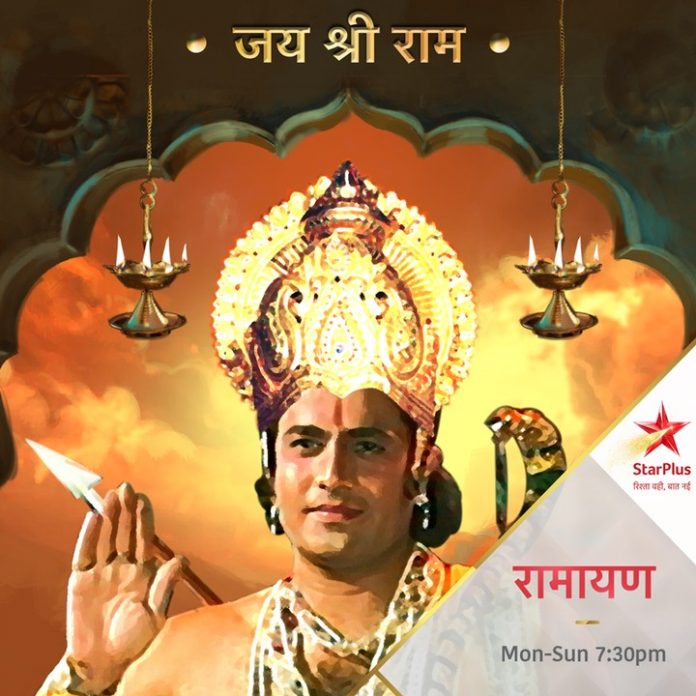 The lockdown situation in India had brought back some of the classic TV shows like Ramayan and Mahabharat and was aired on the government owned channel Doordarshan. The shows were brought back on public demand and proved to be highly successful among the audience as it received maximum viewership that any show has received so far. After the super success of the show on DD National, Star Plus has decided to re-run the show.

The announcement was made by Star Plus on its official Twitter handle and announced that it will be aired on the channel from May 4, 2020, Monday to Friday at 7:30 pm. The show was popular during the 80s era and it was last month the show garnered a lot of attention by people as most of them are at home and are finding ways to spend time. Ramayan became one of the most watched TV series in the world.

However, the announcement by Star Plus got a mixed response from the audience with one of the users said that they came in late as it has already been showed on DD National. Some people suggested that the channel should run some of the older shows like Shakalaka Boom Boom, Son Pari, Aahat and Shh.. Koi Hai.

The Ramayan telecast was concluded on April 18 and then began the re-telecast of Uttar Ramayan.