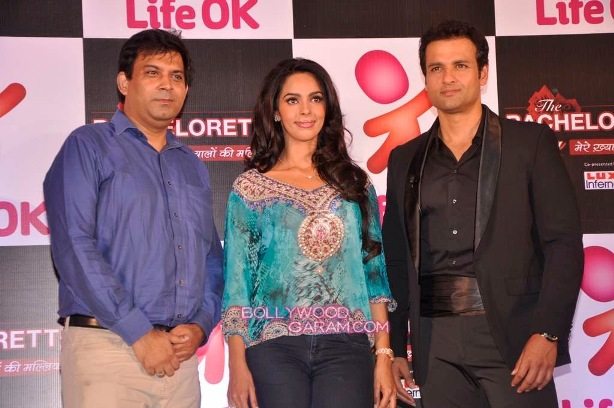 BollywoodFaram.com: Sultry Bollywood actress Mallika Sherawat is all set to make her TV debut with the show ‘The Bachelorette India’. The makers of the reality show – along with the star herself and Ronit Roy – have launched the preview on October 3, 2013.

During the preview launch, the ‘Murder’ actress received rather unusual presents from contestants who wanted to win her over. One of the contestants gifted the petite actress with a box of ‘Ghee’.

The show will premiere on October 7, 2013 on India’s Life OK Channel.