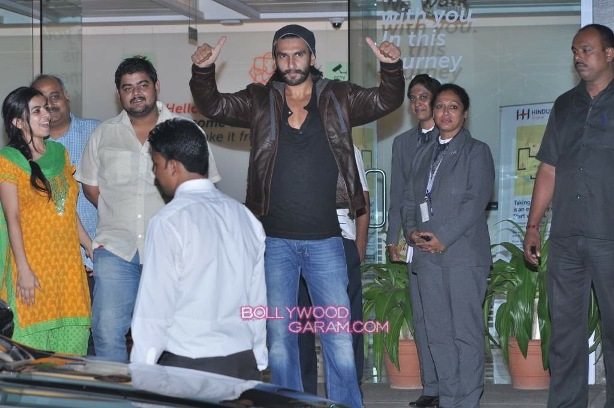 BollywoodGaram.com: Bollywood actor Ranveer Singh – who was recently diagnosed with dengue – has been recovering and was discharged from the hospital on October 3, 2013. The ‘Ladies Vs Ricky Bahl’ actor has been told by doctors to rest for the next two weeks.

It was earlier reported that the condition of the actor remained critical for a couple of days, but the latest information is that he is now on the road to recovery. While coming out of the hospital in Mumbai, the “Ramleela” star looked tired, but still waved to the media and fans waiting outside.

The actor contracted infection and was subsequently down with high fever while he was shooting Ali Abbas Zafar’s ‘Gunday’ in Durgapur, West Bengal.