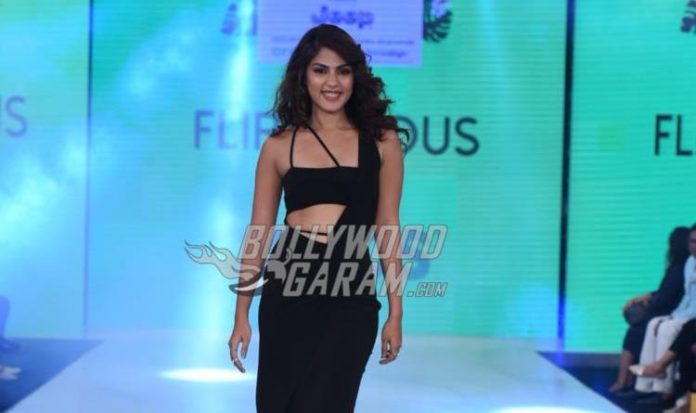 Ever since the death of Bollywood actor Sushant Singh Rajput, his alleged girlfriend Rhea Chakraborthy has been in news. There were recent reports that Rhea was interrogated by the police for about 9 hours. But now a recent report has claimed that a case has been filed against the actress on June 20, 2020. The case has been filed for abetting the suicide of the Sushat Singh Rajput in a court in Bihar.

The case has been filed by Kundan Kumar and has been posted in front of the court of Chief Judicial Magistrate Mukesh Kumar. The hearing of the case is expected to be held on June 24, 2020.

Rhea Chakraborthy was questioned by the police at the Bandra Police Station, Mumbai for nine hours. Sushant Singh Rajput was found hanging from the ceiling at his residence on June 14, 2020 and the postmortem reports have hinted towards a suicide.

Rhea during the interrogation had confessed that they were planning to get married by the end of 2020. She also informed the police that they were searching for a house in Mumbai. The police are now investigating a professional rivalry in the case after fans of the actor brutally attacked the big filmmakers in Bollywood of nepotism. Meanwhile, Sushant Singh Rajput’s family organized a prayer meet at their residence in Patna recently.