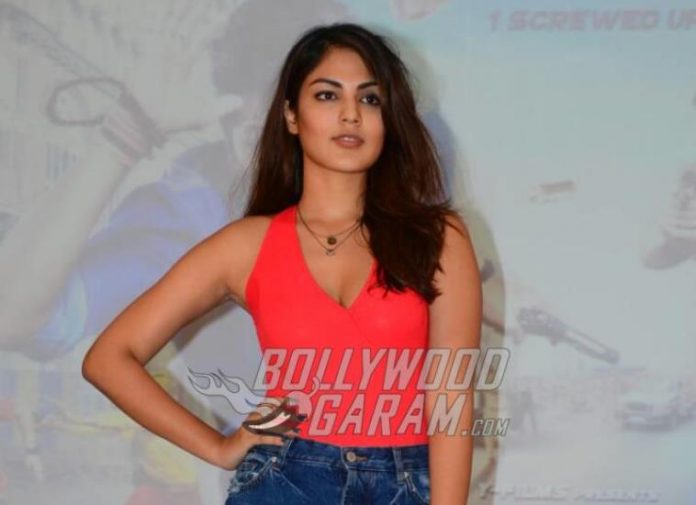 Indian actress Rhea Chakraborty who was rumoured to be in a relationship with deceased actor Sushant Singh Rajput, was interrogated by the police for about 9 hours. Rhea had reportedly lived with the actor for the entire lockdown period and had recently moved out of his house.

The actress was accompanied by her father and she was the closest of Sushant during his last days. The police is now investigating the matter of Sushant Singh Rajput who took a drastic step of hanging himself from the ceiling fan on June 14, 2020.The investigators are now looking forward to a professional angle to this after the nation is expression their anger over nepotism that is practiced by a few people in Bollywood.

During her interrogation, the actress was asked to show all her text messages between the two. She was also made to disclose all the pictures and videos that were taken with Sushant. The Mere Dad Ki Maruti actress also revealed that she and Sushant were looking to buy a property together and also admitted that they were planning to get married by the end of 2020.

Reports say that the two had a fight before she moved out but had continued to talk over phone. Rhea Chakraborty was reportedly the last person who Sushant dialed before he claimed his life.