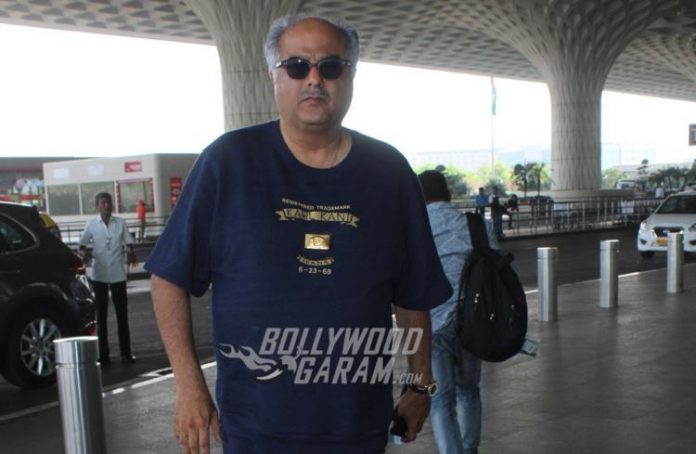 Due to the coronavirus induced lockdown in India, all the movie theatres are closed and many filmmakers decided to release their films on OTT platforms instead. This allowed the producers to have some revenue if not how they used to earn when the film released in theatres and multiplexes. However, producer Boney Kapoor begs to differ and has made it clear that he does not intend to release his films on the OTT platforms.

Recently, the film Gulabo Sitabo starring Amitabh Bachchan and Aayushmann Khurrana was released online on June 12, 2020. Many other filmmakers are also planning to release their films on OTT platforms.

Boney Kapoor has three films lined up for release and include Tamil film Valimai, Ajay Devgn starrer Maidaan, and Telugu film Vakeel Saab. The government of India allowed a number of activities from June 1, 2020 but so far nothing has been announced about opening of theatres and multiplexes.

Kapoor explained that certain films are made for a larger-than-life experience and should go to the cinema hall instead. The producer while talking about other producers who released their films on the platforms instead, said that if they cannot afford to wait for the theatres to open then such OTT platforms are a blessing for them as they can easily recover the investments.