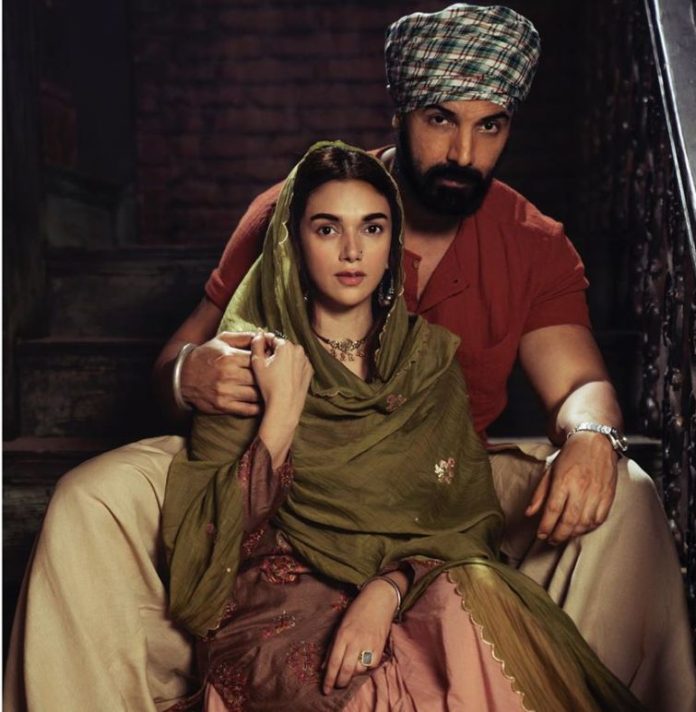 Indian actors Aditi Rao Hydari and John Abraham are all set to be seen in the upcoming untitled film by Kaashvi Nair. The actress shared the first look of the film through social media on August 26, 2020. Reports say that the actors will be seen playing special roles and this is also the first time Aditi and John will be seen sharing the screen space.

The first look has shown John wearing a turban, while Aditi is seen dressed in a pastel kurta and sharara with a dupatta wrapped over her head. The actress shared the picture and captioned, “To new beginnings…” The story of the film is set in 1947 which is around the time of India’s independence . John and Aditi will be seen playing the role of Arjun Kapoor’s grand parents.

Abraham has donned the hat of the producer and in a statement said that the team has taken extreme care while following all the SOPs that are issued by the ministries and all the concerned authorities. The producer added that he also feels responsible to look out for his cast and crew.

John also talked about his character in the film and said that as soon as he had heard the script he knew that he had to be a part of it.