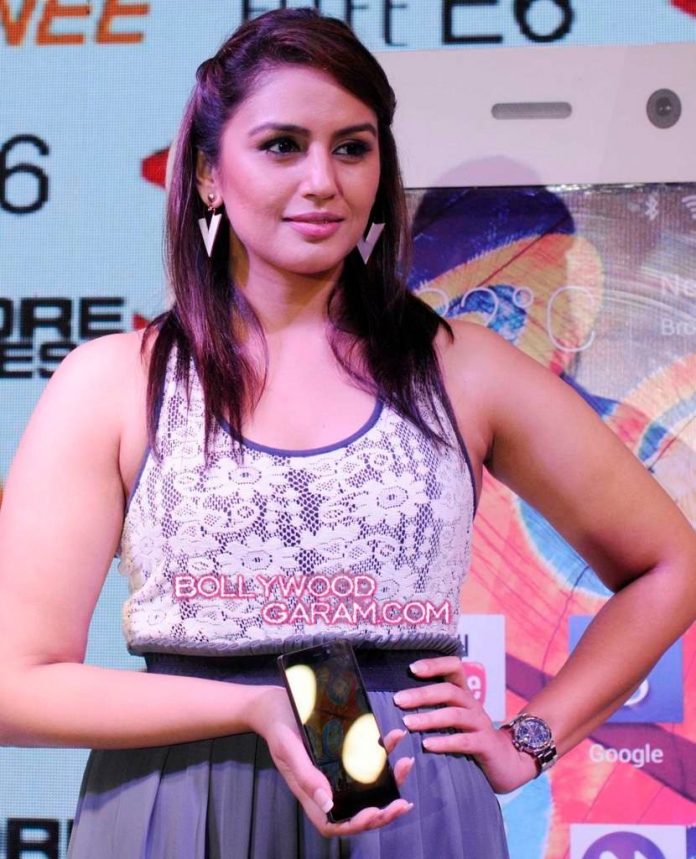 BollywoodGaram.com: Bollywood actress Huma Qureshi attended the launch event for Gionee Elife E6 smartphone in New Delhi on October 3, 2013. The handset has been priced at Rs. 22,999 for the Indian market.

While interacting with the media, Huma said that for her, one of the most important things in a mobile phone is the camera, because she wants to capture memories and the Gionee E6 provides her with amazing images.

Qureshi also admitted that she is a phone addict, as that is the only way to stay in touch with her friends and family while she is traveling. The actress appeared in many Bollywood movies, including ‘Gangs of Wasseypur’, ‘Trishna’ and ‘Luv Shuv Tey Chicken Khurana’.