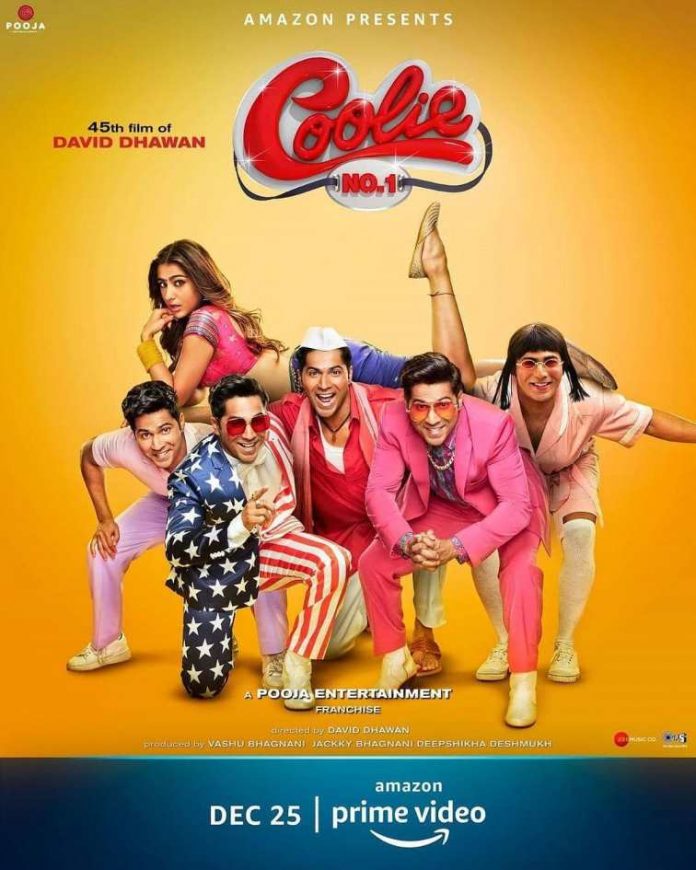 Coolie No 1 is one of the most awaited films that is due to be released soon. The makers of the film have released a new poster of the film featuring Varun Dhawan and Sara Ali Khan. The new poster has shown the various characters Varun could be seen while Sara is seen resting on top of the characters in style.

The fresh poster of the upcoming film has increased the curiosity of the audience. The poster was shared by Sara as well as Varun on their respective social media accounts. Another thing has been clarified that the film will be released on the OTT platform Amazon Prime and the official trailer will be released on November 28, 2020.

Coolie No 1 is the official remake of the 1995 hit flick that starred Govinda and Karisma Kapoor. Varun has stepped in to the shoes of Govinda while Sara will be seen in place of Karisma Kapoor. The film also stars Sahil Vaid, Javed Jaferi and Johnny Lever playing important roles.

The movie was earlier expected to be released on May 1, 2020 but was delayed due to the coronavirus pandemic. Coolie No 1 is directed by David Dhawan and is co-produced by Vashu Bhagnani, Jackky Bhagnani and Deepshikha Deshmukh. The film will mark a perfect gift for the audience on Christmas.