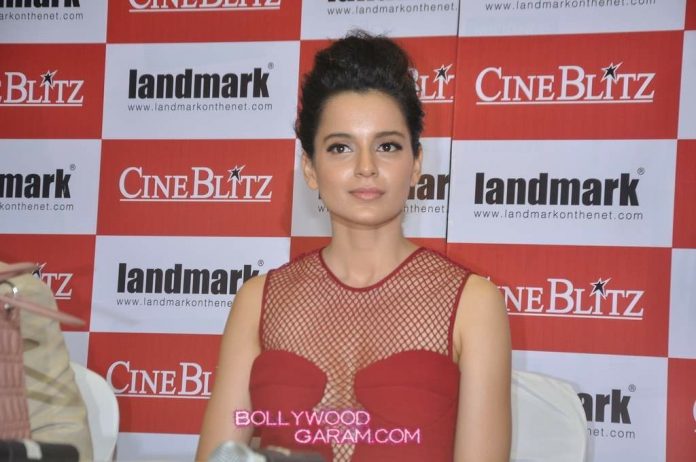 BollywoodGaram.com: Bollywood actress Kangna Ranaut looks great on the October 2013 cover of Cineblitz. The ‘Gangster’ actress unveiled the cover at an event held on October 4, 2013 in Mumbai. In an interview with the magazine, the actress made some interesting declarations.

Ranaut said, “I might have rubbed people the wrong way” and also stated that she does not have the strength to work towards love. At the moment, Kangana is preparing for the release of her upcoming movie ‘Krrish 3’, in which she will be seen playing a negative role.

The movie also stars Hrithik Roshan, Vivek Oberoi and Priyanka Chopra and is the third installment of the popular ‘Krrish’ franchise.