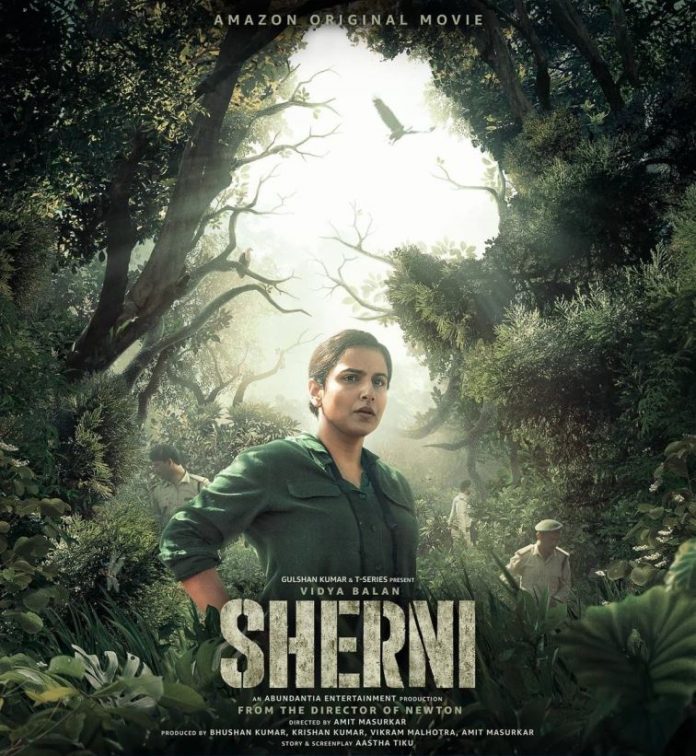 The official trailer of the upcoming film Sherni starring Vidya Balan has been dropped by the makers. The film will get an OTT release on Amazon Prime Video on June 18, 2021. Sherni will see Vidya playing the role of a forest officer who has been moved to the forest to find a tiger who is constantly attacking the locals living nearby.

The film also stars Neeraj Kabi, who will be seen as another forest officer , who brings his own team of trackers with an intension to take over from Vidya as her team is not able to find the tigress. The film is directed by Amit Masurkar.

Vidya expressed about her experience during the trailer launch said that she found it fascinating when she first heard about the story. While talking about her character the actress revealed that the forest officer is a woman of few words but has many dimensions. The actress further revealed that the film also talks about some of the sensitive issues like respect, mutual understanding.

Sherni has been produced by Abunduntia Entertainment and T Series the audience will also get to see some of the actors like Sharat Saxena, Mukul Chadda, Vijay Raaz, Brijendra Kala, Ila Arun and others. Catch the premiere of the film on June 18, 2021 on Amazon Prime Video.