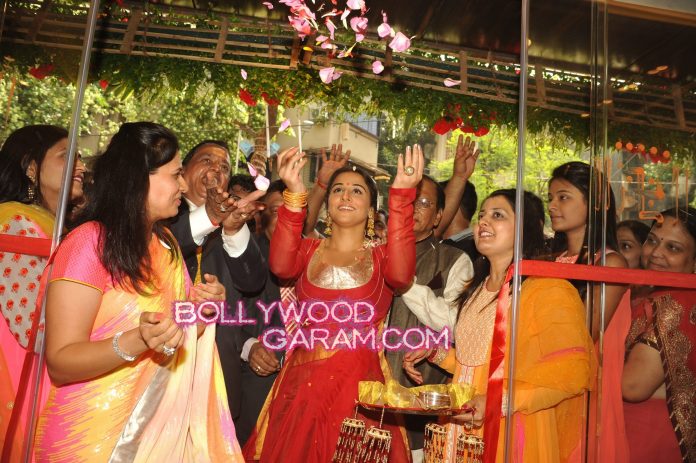 BollywoodGaram.com: Bollywood actress Vidya Balan inaugurated a new showroom of Ranka Jewellers in Mumbai on October 5, 2013. The event was also attended by the entire Ranka family and well wishers.

The “Dirty Picture” actress was  chosen as the brand ambassador for Ranka Jewellers for over two years now.

During the event, Vidya expressed how even she was a fan of their superb designs and trustworthy craftsmanship. The brand had earlier opened a showroom in Pune which represents the tradition of 134 years. The golden foundation was laid down 134 years back by Gulabchand Ranka and the brand was the first to introduce hallmarked jewellery in Pune and also continued to lead in the variety. Ranka Jewellery is also known to create a wide variety of designs.