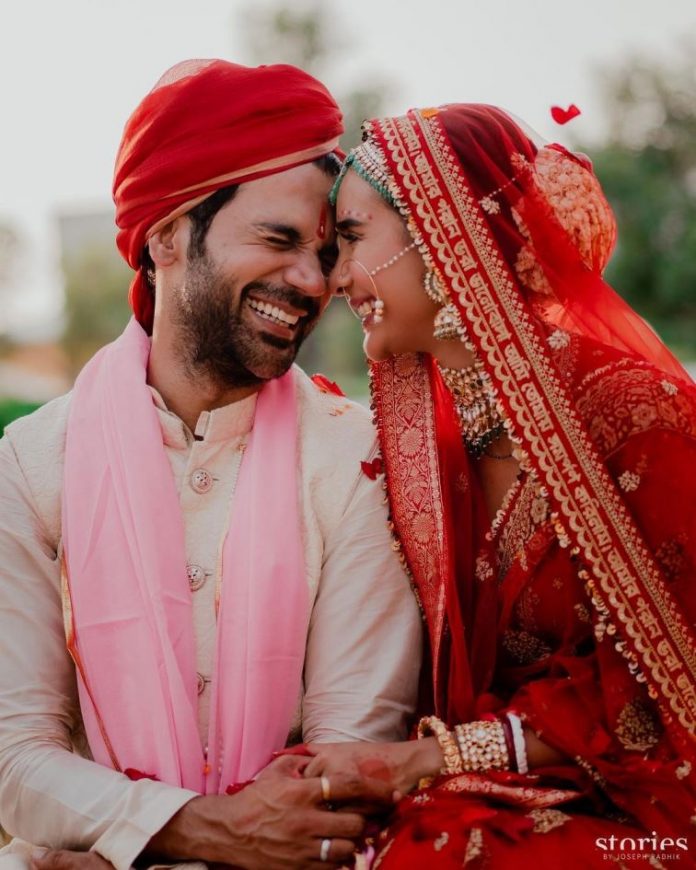 Actors Rajkummar Rao and Patralekha are now officially husband and wife. The newly-weds posted a few special moments from their wedding on their official Instagram accounts. The wedding celebrations were intimate, but the bride and the groom looked at their best in ethnic outfits designed by Sabyasachi.

Going by the pictures, the bride and the groom looked great and seemed like they came straight from a fairy-tale. Patralekha looked drop dead gorgeous in a red buti sari with an embroidered veil, the border of which had a Bengali verse inscribed for the couple to mark their special day. Rajkummar was clad in a silk ivory jacket with gold plated Bengali tiger buttons paired with a Bangalore silk kurta and churidar.

Rajkummar and Patralekha have been dating since more than a decade but remained low-key and hardly spoke about their personal lives. On the work front, Rajkummar Rao was last seen in the film Hum Do Hamare Do and has recently completed the shoot for Badhai Do.

The actor has appeared in a number of films that have received appreciation from the critics as well as the audience. Patralekha has worked in a few films like CityLights for which she won the Best Female Debut at Screen Awards. She has also worked in a number of web series including Forbidden Love, Main Hero Bol Raha Hu and Cheers.