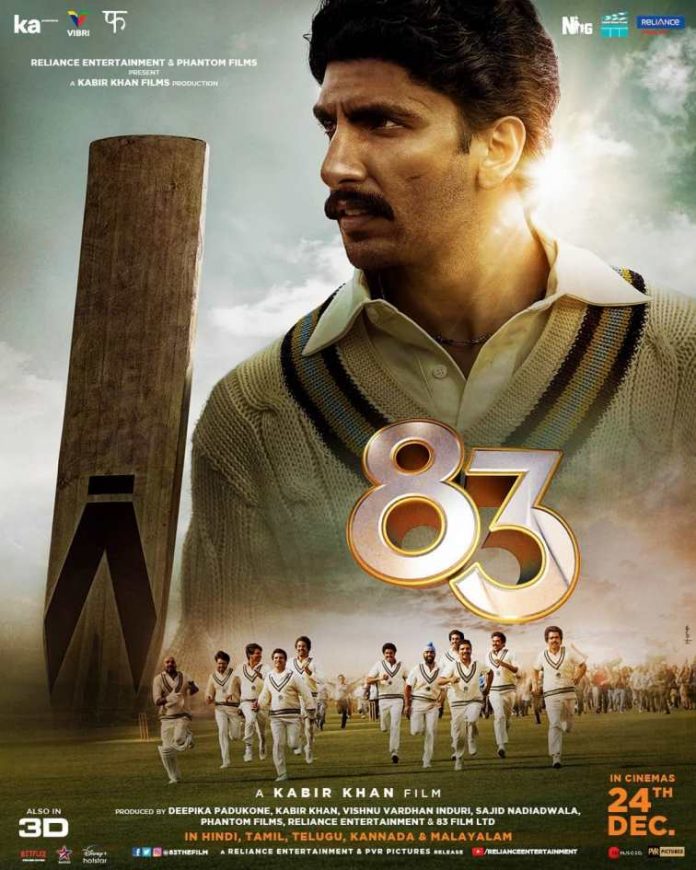 The much awaited official trailer of the Kapil Dev biopic 83 has been released. After the release of the teaser, the audience eagerly waited for the trailer that has been released on November 30, 2021.

The three minute 50 second trailer video has shown the journey of Kapil Dev and the entire Indian cricket team at The World Cup 1983. The trailer takes the audience back to the time when the Indian cricket team was considered as the underdogs and laughed at when Kapil Dev showed confidence that they were there to win.

Ranveer Singh has got the canny resemblance to Kapil Dev and Deepika Padukone as Romi Dev has added the charm and excitement to the flick. This will be the first time the audience will get to see Ranveer and Deepika share the screen space as husband and wife.

The film also has Pankaj Tripathi who has always entertained the audience with his wit. 83 also stars Tahir Raj Bhasin, Jiiva, Saqib Saleem, Chirag Patel, Boman Irani and others. The film is directed by Kabir Khan and jointly produced by Deepika Padukone, Kabir Khan, Vishnuvardhan Induri, Sajid Nadiadwala, Reliance Entertainment, Phantom Films and 83 Films Ltd. The multi-starrer flick is all set to be released in theatres on December 24, 2021 right in time for Christmas.