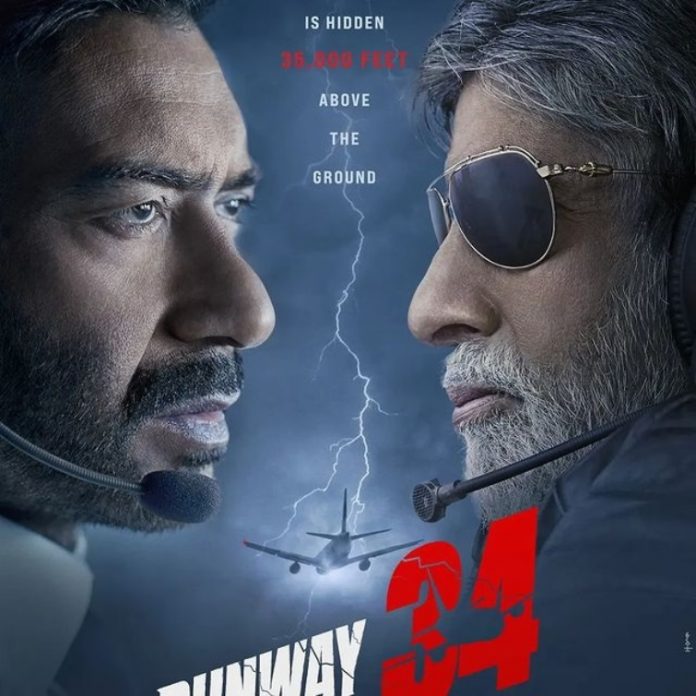 Indian actor Ajay Devgn has this time come up with a wholesome package, a thriller flick Runway 34. Devgn has this time directed, produced and also played the lead role in the film and has also roped in the living legend Amitabh Bachchan for an important role. The makers have launched the official trailer of the film which also stars Rakul Preet Singh, Angira Dhar and Aakanksha Singh.

Runway 34 is a film that is inspired by true events with Jet Airways flight 9W 555 between Doha to Kochi. The flight had a narrow escape on August 18, 2015 after it had a tough time to land at the Cochin International Airport while blaming the bad weather and poor visibility.

As for Ajay, he made his directorial debut with the film U Me Aur Hum and then also directed the film Shivaay in 2016. Now his film Runway 34 is one of the most awaited movies and the official trailer has increased the curiosity of the audience.

Ajay had reportedly brought on board as the director and then decided to star in it. Later he also decided to back the project under his banner Ajay Devgn Ffilms. Ajay while casting Mr. Bachchan said that he was certain to cast him and that he had no other casting option.