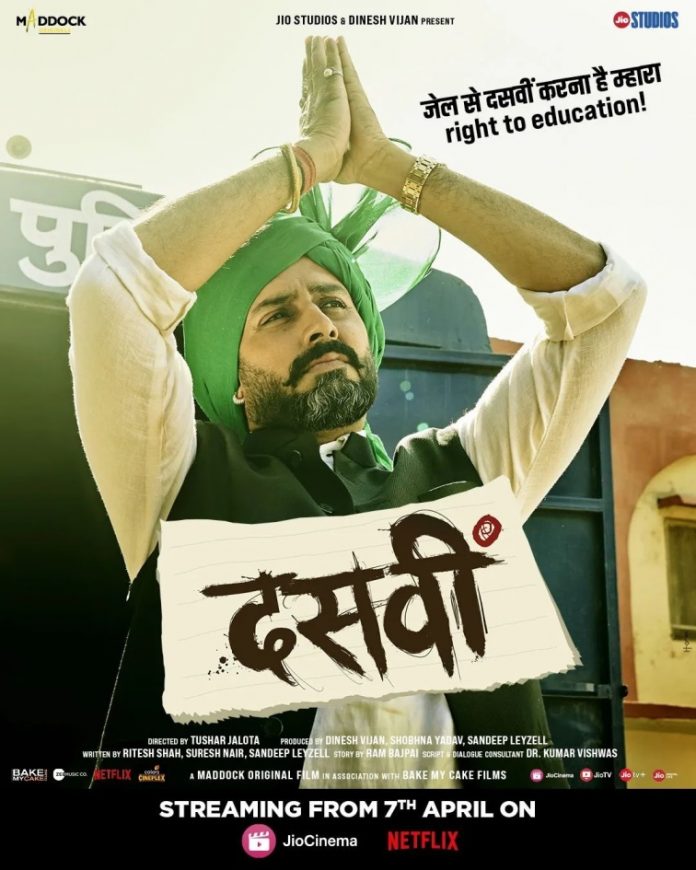 The much awaited official trailer of the upcoming film Dasvi has been released on March 23, 2022. The audience had already expressed about their excitement when lead actor Abhishek Bachchan had shared the concept and the teaser of the flick. The trailer is going to make things more interesting as it will show an arrested chief minister fighting for his right to education.

Abhishek Bachchan is shown as minister Ganga Ram Chaudhary, who has been arrested and decided to complete his education by applying for tenth board exams. The trailer has shown actress Yami Gautam as a cop in the jail, who constantly deals with the tantrums of Ganga Ram Chaudhary, who has become no less than a pain for the inmates and the jail staff.

Nimrat Kaur in the film will be seen playing the role of Bimla Devi, the wife of Ganga Ram Chaudhary, who takes up the responsibility of the next chief minister. Reports say that the story of the film has inspirations from the real life of the former Haryana Chief Minister Om Prakash Chautala, who at the age of 82 managed to clear his 12th board exams while being in prison. He was convicted in the teacher’s recruitment scam case.

Dasvi is directed by Tushar Jalota and produced by Dinesh Vijan under Maddock Films and Jio Cinema. The film is all set to be released on Netflix on April 7, 2022.