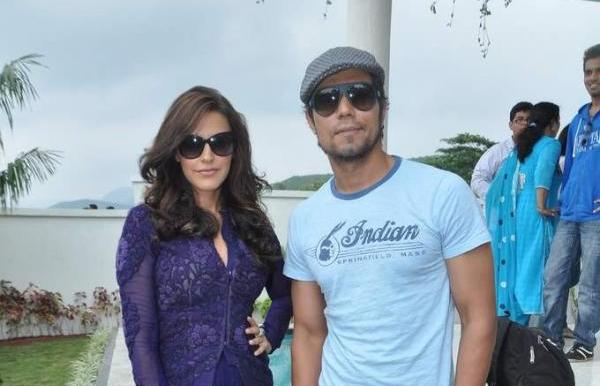 At the event, Neha was spotted wearing a long royal blue gown, while Hooda and other celebrities were dressed casually for the occasion.

Dhupia is working on the upcoming movie ‘Ungli’, which is currently in production. In recent times, the actress appeared in movies like ‘De Dana Dan’ and ‘Action Replay’. In the upcoming years, the actress is expected to star in the sequel of ‘Julie’.